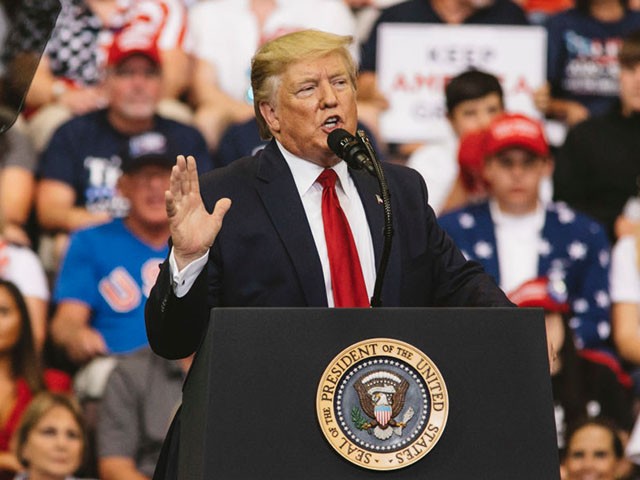 Trump is hoping to win Minnesota in his 2020 re-election bid — a state that he lost to Hillary Clinton by only 44,000 votes.

Trump could weigh in on the Democrat’s impeachment inquiry given this is the first rally the president has held since Nancy Pelosi announced the move.

While Pelosi said the inquiry is proceeding, the House has yet to vote on a formal impeachment resolution — the first step ahead of drafting Articles of Impeachment, which would trigger a trial in the Senate.