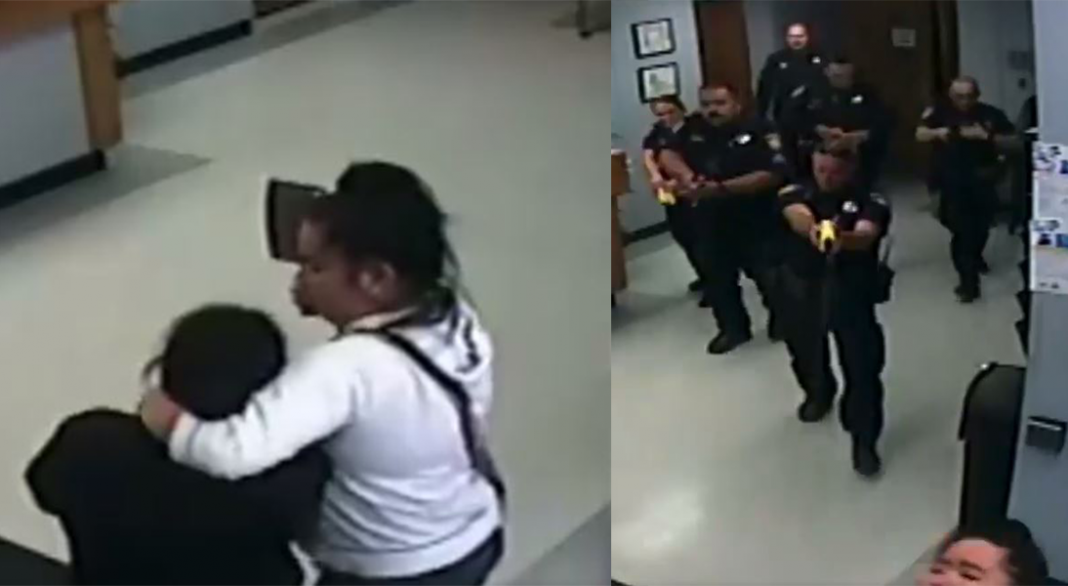 Salinas police officers didn’t have to travel far when responding to a hostage situation as it was happening inside the lobby.

According to The Californian, a meat cleaver-wielding woman held the sharp and dangerous weapon up to another woman’s throat as she took her hostage.

Roughly eight or nine Salinas Police officers ran into the lobby and ordered the woman to drop the weapon.

The woman did not respond to the orders, so officers quickly deployed a taser to subdue the hostage-taker.


The hostage quickly escaped while her attacker was paralyzed by the electric shock from the non-lethal weapon.

Police have not identified the attacker, nor has it given any reason why she performed such a bold move.

The attacker is currently being evaluated at a local county hospital.