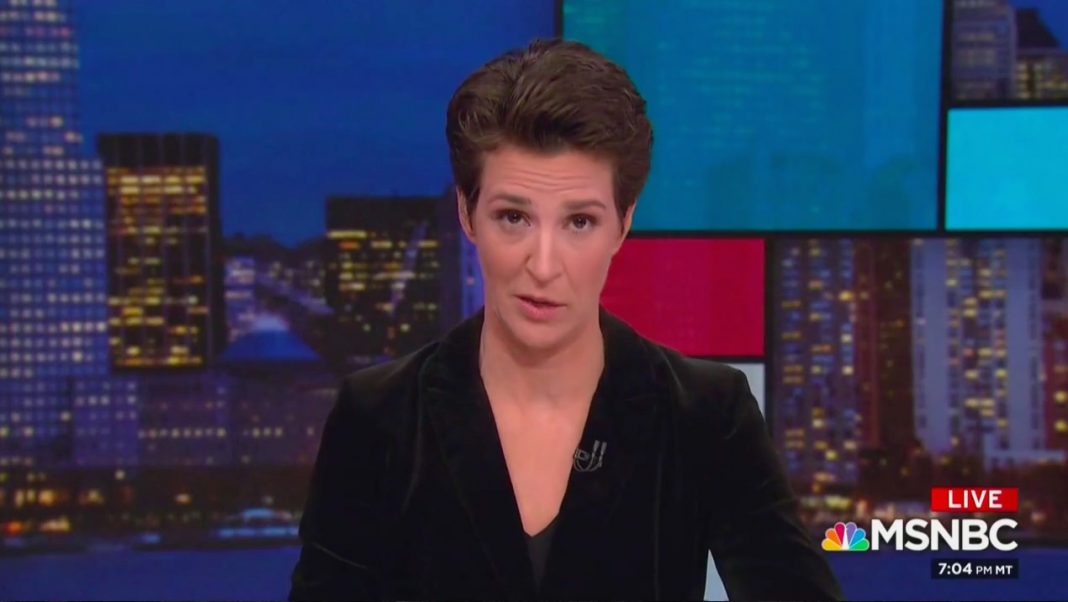 Rachel Maddow is on a roll.

The MSNBC 9 p.m. host extended her streak of days atop the advertiser-coveted adults 25-54 ratings demographic to eight — posting a massive 638,000 in that group for Wednesday’s broadcast, according to Nielsen. The Rachel Maddow Show was also tops in the overall category, boasting a total of 3.285 million viewers — outpacing her Fox News rivals.

Elsewhere, Fox’s The Five continues its strong run. Wednesday’s edition outpaced every show on both the CNN and MSNBC lineups — save for Maddow — with 2.702 million overall and 479,000 in the demo.

Also, after posting its highest ratings of the year in the total viewer category last week, CNN’s New Day has been struggling to keep up the momentum — particularly in the demo. Nielsen data shows that CNN barely cracked 100,000 25-54 viewers during the first hour of Wednesday’s New Day — well behind time-slot competitors Fox & Friends (242,000) and Morning Joe (203,000).

A weekend of protests in America

A weekend of protests in America

You Get What You Vote For and in Democrat-Run Cities You...