Home Blue Lines Officer lets shoplifter off with a warning, then she turned around and... 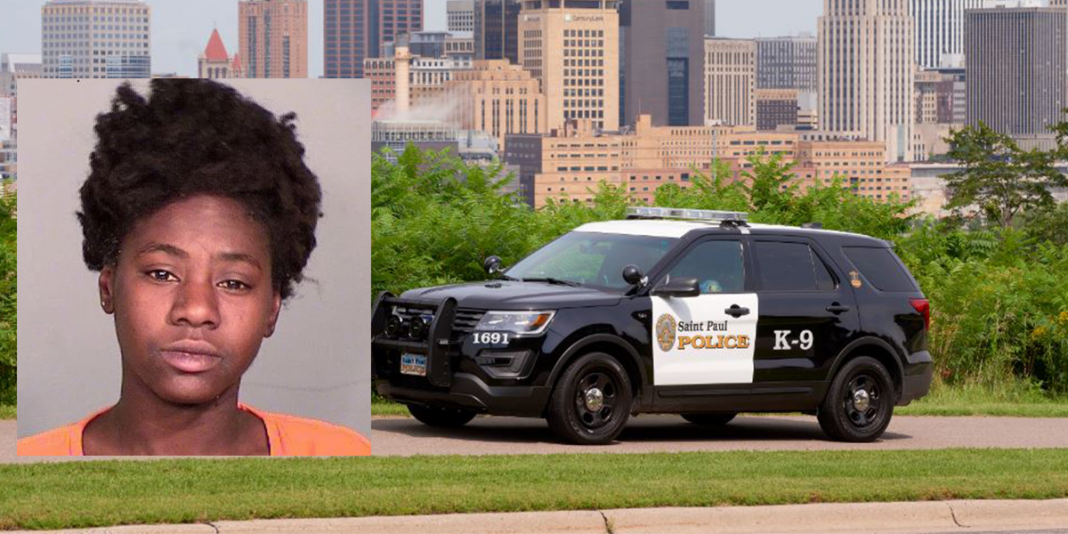 A St. Paul police officer tried to give a homeless woman a break as he confronted her shoplifting from a downtown grocery store.

But instead of accepting the officer’s gesture, she stabbed him twice and is now jailed on felony charges, according to a criminal complaint.

Articia L. Moore, 23, was charged Tuesday in Ramsey County District Court with second-degree assault and assaulting a police officer in connection with the encounter Monday night at the downtown Lunds & Byerlys on E. 10th Street. Moore remains jailed ahead of a court appearance scheduled for Wednesday.

Moore stabbed Officer Joe Ryan in the chest with a screwdriver and in an arm with a kitchen knife, the charges read. The officer’s protective vest guarded his chest from injury, while his left biceps had a superficial cut, the charges continued.

According to the criminal complaint:


Shortly after 8 p.m., the officer was told by store employees that Moore had hidden items in her pants and jacket without paying for them. Ryan stopped her as she was leaving and offered to let her return the items and avoid getting into legal trouble.

Moore denied taking anything without paying, even though the officer could see the items concealed in her clothing.

She then returned a beverage, but Ryan insisted that she give up the rest.

Moore became uncooperative and explained that she was homeless.

The officer saw the knife’s handle in her pocket and grabbed her arm. She backed away, pulled out the screwdriver and struck Ryan in the chest with an overhand swing.

As the two struggled, Moore cut the officer with the knife before she could be brought under control and arrested.

In an earlier case, Moore pleaded guilty Tuesday to gross-misdemeanor charges of assault and obstructing a police officer in connection with an encounter on Aug. 21 in Ramsey County.

She’s scheduled to be sentenced for that crime on Nov. 20.

A message was left Wednesday with Moore’s attorney seeking the defense’s reaction to the allegations in both cases.