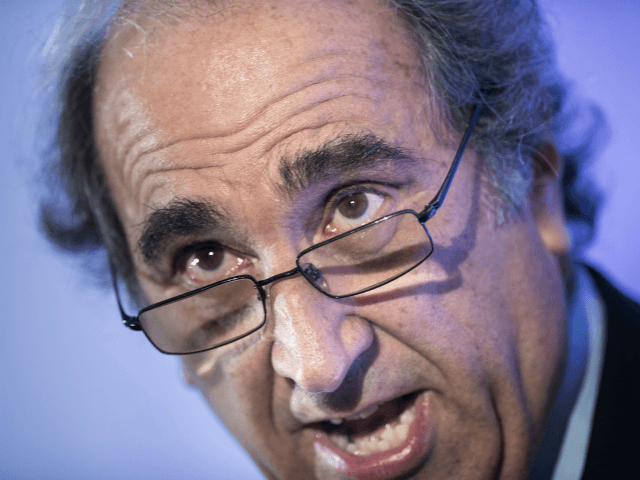 The Post received an advanced copy of the book and its report details how the now-72-year-old Lack, who was married at the time, aggressively pursued Jane Wallace, who anchored a CBS News program Lack was in charge of in the late eighties; as well as “young associate producer, Jennifer Laird.”

According to Farrow’s book, the then-married Lack was “almost unrelenting” in asking Wallace to dinner, “every day for almost a month,” under the pretense of celebrating her CBS contract.

“If your boss does that, what are you gonna say?” she told  Farrow. “You know if you say ‘I don’t want to celebrate with you,’ you’re asking for trouble.”

She admits she eventually had a sexual relationship with her married boss, and it was “ultimately consensual, but I didn’t just get flirted with. I got worked over.”

Wallace says the power dynamic eventually ruined everything, including her career, as their relationship went bad.

“As she left the show, she recalled him yelling, ‘You will never get credit,’” Farrow reports. “Then the network deployed a tactic the public was barely conscious of at the time: it offered her a substantial payout to sign a binding nondisclosure agreement.”

Imagine that — a purported news organization looking to silence people.

“It wasn’t till I really got out of there that I felt the full force of it. Of how disgusted I was,” she says. “The truth is, if he hadn’t been like that, I would have kept that job. I loved that job.”

Laird told Farrow a story very similar to Wallace’s, a story of how ugly and retaliatory Lack allegedly became once the sexual affair went sour.

“When Laird asked to be reassigned, Lack wouldn’t allow it,” Farrow reports. “He compelled her to work longer hours, and on weekends, and proposed she cancel vacations.”

My wife and I met on the job, and there was an aggressive pursuit on my part. But we were both single and worked in separate departments. There was no power dynamic. Based on my own history and my own 30 years of marital bliss, I worry about how all this #MeToo stuff is penalizing the normal, human mating ritual.

Lack, however, does not qualify as someone to worry over. Put yourself in Wallace’s position, one where your married boss, the man who holds your career in his hands, is asking you to dinner every day for a month. That sounds excruciating. Now add to that the alleged retaliation aimed at Wallace and Laird as the sexual relationship came to an end.

What’s especially ironic about all of this is Lack was brought into NBC News to help steer the ship after Brian Williams was caught telling countless lies about himself. But now Lack has embroiled the network in an institutional scandal that grows worse by the day.

On top of his own alleged misbehavior, Lack also allowed Farrow to walk out the door with the Weinstein story, a story or enormous cultural consequence that won a Pulitzer. As of now, Lack has still not sufficiently explained why he sent Farrow down the road to the New Yorker. At the very least — and this is important — Farrow had obtained audio of Weinstein admitting he groped a model. If Farrow had nothing else, that was a huge story all on its own, but Lack let it all go.

Well, according to Farrow it’s because NBC wanted to do business with Weinstein. Farrow also believes so many NBC suits were compromised by their own sexual indiscretions, some of which Weinstein allegedly knew about and threatened to spill, they were willing to pass up a Pulitzer.

What’s more, Lack’s claim neither he nor anyone at NBC knew of Matt Lauer’s alleged predations until the day Lauer was fired, is also taking on water.

So pop the popcorn and enjoy yourself as the hits just keep on coming for far-left NBC News.