Home Blue Lines “You crazy b****!” Shoplifter stopped after she hits man in motorized cart... 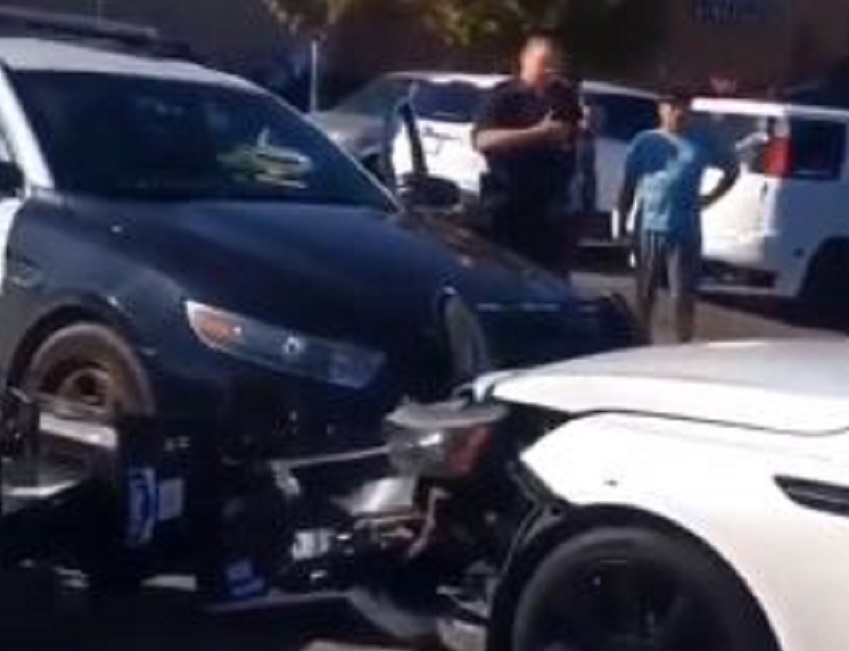 An accused shoplifter trying to flee the Bayonne Walmart Sunday afternoon struck a shopper in a motorized cart twice before she crashed into a police cruiser and was arrested, Bayonne police said.

Smith had filled a shopping cart with $235 in merchandise, but left it at a self-checkout lane inside the store while she went outside and grabbed a discarded receipt from the garbage, police were told by a store loss prevention agent.

She then returned inside the store and walked out with the stolen goods without paying, ignoring the loss prevention agent’s commands to stop, Amato said.


A responding police officer saw Smith strike the person in the motorized shopping cart while trying to flee the parking lot, Amato said.

An argument between Smith and the victim ensued, and Smith quickly tried to flee again when she saw the police cruiser, Amato said. Again she struck the shopper in the motorized cart, this time dragging the victim and the cart 10 feet before smashing head-on into the police cruiser.

Smith was arrested and the victim was taken to the Bayonne Medical Center to be treated for injuries from the crash.