Home Breaking News ‘I Know a Thing or Two About Diplomacy’ 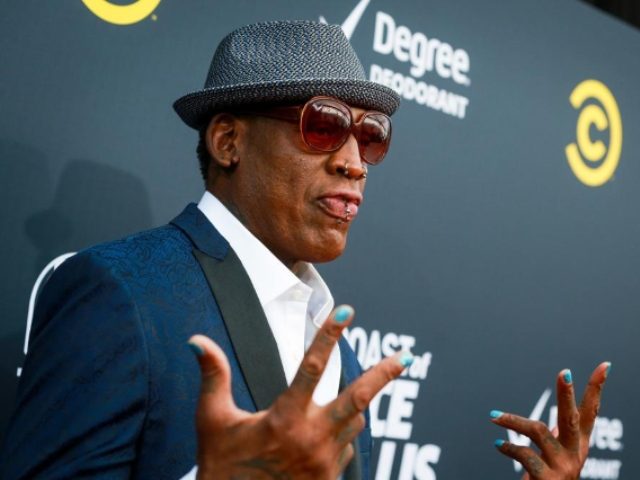 Former NBA star and self-appointed diplomat Dennis Rodman suggested on Wednesday that he could play a role in alleviating the festering tension between the NBA and China, telling NBA commissioner Adam Silver, “I know a thing or two about diplomacy.”

Rodman – widely known for forging a friendship with North Korea’s dictator Kim Jong-un – pleaded with Silver in a tweet on Wednesday, suggesting that he could be of service in deescalating the growing tensions between the NBA and China.

“Commissioner Adam Silver, I know a thing or two about diplomacy,” Rodman said in the video clip. “Book me a ticket to Shanghai with you. Ambassador Rodman”:

@NBA Commissioner Adam Silver, I know a thing or two about diplomacy between other countries. Book me a flight to Shanghai with you! #AmbassadorRodman #Peacemaker #BasketballDiplomacy pic.twitter.com/8Xo580I18p

As a result, the Chinese Basketball Association suspended its relationship with the Houston Rockets.

While Morey followed up with a pair of apologetic tweets, the NBA ultimately sided with the Chinese government:

We recognize that the views expressed by Houston Rockets General Manager Daryl Morey have deeply offended many of our friends and fans in China, which is regrettable. While Daryl has made it clear that his tweet does not represent the Rockets or the NBA, the values of the league support individuals’ educating themselves and sharing their views on matters important to them. We have great respect for the history and culture of China and hope that sports and the NBA can be used as a unifying force to bridge cultural divides and bring people together

“Listen….@dmorey does NOT speak for the @HoustonRockets,” Fertitta wrote. “Our presence in Tokyo is all about the promotion of the @NBA internationally and we are NOT a political organization”:

Listen….@dmorey does NOT speak for the @HoustonRockets. Our presence in Tokyo is all about the promotion of the @NBA internationally and we are NOT a political organization. @espn https://t.co/yNyQFtwTTi

ESPN followed suit, tap dancing around the issue in order to refrain from further escalating the tension between the two entities.

According to a report from Deadspin, ESPN’s Senior News Director Chuck Salituro sent a memo to all staffers telling them to avoid talking about the political situation between Hong Kong and mainland China. Deadspin was also told that senior ESPN executives were monitoring all shows as they discussed the news of the day.

ESPN’s reticence to talk about the massive and endemic human rights violations stands in stark contrast to the network’s all-out support for the NBA’s boycott of North Carolina because of the Tar Heel State’s transgender bathroom law.

It is not yet clear if Silver will respond to Rodman’s request, but it is true that the former reality TV and NBA star has positioned himself as a diplomat in recent years. The White House reportedly thanked Rodman over the summer, specifically “for his role in advocating for diplomacy between North Korea and the U.S.”