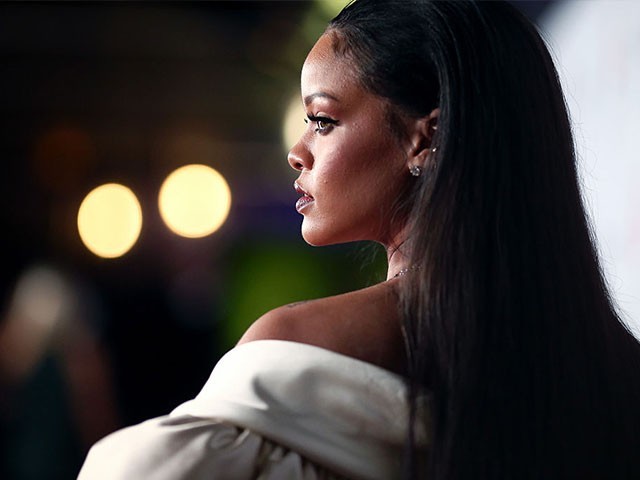 Pop superstar Rihanna has suggested that President Donald Trump is the “most mentally ill human being in America right now,” adding that the president’s response to the mass shooting in El Paso in August was “racist.”

Rihanna spoke to Vogue for an upcoming November cover story in which she discussed fashion, her music career and politics.

She talks to Vogue about @savagexfenty, that album you’re waiting for, being happy in love, and, oh yes, she has a few choice words for the president. Read the full profile: https://t.co/y0smmdNoO2 pic.twitter.com/ftdLwRIY6L

“The most mentally ill human being in America right now seems to be the president,” the singer told Vogue.

The magazine asked her about the El Paso shooting in August, in which a gunman killed 22 people at a Walmart.

“People are being murdered by war weapons that they legally purchase. This is just not normal. That should never, ever be normal,” Rihanna said.

She said President Trump’s characterization of the shooter as mentally ill was racist.

“And the fact that it’s classified as something different because of the color of their skin? It’s a slap in the face. It’s completely racist,” the Grammy-winner said. “Put an Arab man with that same weapon in that same Walmart and there is no way that Trump would sit there and address it publicly as a mental health problem.”

Rihanna has frequently used her social media accounts to attack Trump, railing against his immigration policies.

The “Love on the Brain” singer even sent a cease-and-desist letter to Trump last year when her single “Don’t Stop the Music” was played at one of the president’s rallies in Tennessee.

Not for much longer…me nor my people would ever be at or around one of those tragic rallies, so thanks for the heads up philip! https://t.co/dRgRi06GrJ

Rihanna recently honored left-wing activist Shaun King at her annual Diamond Ball. But the celebration was criticized by fellow leftists over the way King treated a fellow activist earlier this year.