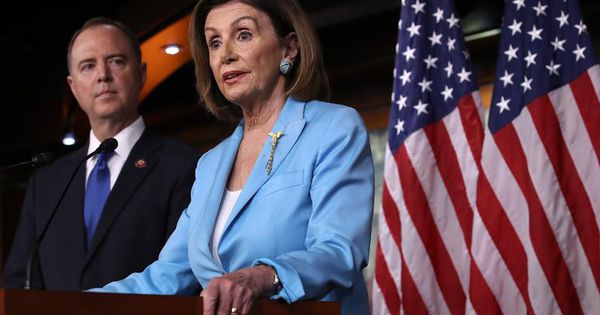 If President Donald Trump is impeached and subsequent trial is televised live, viewers will get extensive coverage on cable news networks, broadcast networks and PBS. Live televised Congressional hearings has a long history starting beginning in in 1951, with several investigative hearings on gambling held by Tennessee senator Estes Kefauver on interstate gambling by Tennessee senator Estes followed by the Army-McCarthy hearings which aired live on ABC and DuMont for 36 days in 1954. Despite the lower penetration in TV homes across the country, both hearings were very popular with viewers.

More recently, the ascension of Donald Trump to the White House has resulted in record high TV ratings for several cable networks that televised the Republican Presidential debates in 2015. Since then, Fox News, MSNBC and CNN have sustained strong ratings and have ranked among the top-rated cable networks on television for several years.

The strong TV ratings are more notable with the several live Congressional hearings involving the Trump administration. Even in this era of audience fractionalization, viewers have been tuning to televised Congressional hearings across various cable news and broadcast networks as well as on apps and streaming video providers. People are also getting political news from other sources such as audio (including podcasts), social media and politically driven websites among others.

Television was also present during the Iran-Contra hearings of 1987 headlined by Oliver North and the Clarence Thomas confirmation hearings to the Supreme Court in 1991, which included the testimony of Anita Hill. The two best examples however, of what to expect if President Trump is impeached are the Bill Clinton impeachment hearing and trial in 1998-99 and the Watergate hearings in 1974.

Clinton Impeachment: On December 19, 1998 the House of Representatives approved two articles of impeachment of President Clinton for perjury and obstruction of justice. The trial began in the U.S. Senate on January 6, 1999 and Clinton was acquitted of both articles five weeks later on February 12, 1999. The basis of the impeachment was Clinton’s improper relationship with White House intern Monica Lewinsky.

By 1998-99 media had begun to fractionalize with the emergence of the Internet (including political webzines) and newer cable news channels. The Drudge Report, broke the story online in January 1998 ahead of Newsweek and soon saw a fivefold boost in its website “hits” to 300,000. Afterwards, Matt Drudge also had a short-lived program on Fox News.

Both MSNBC and Fox News were launched months apart in 1996 competing with the more established CNN. At the time of the impeachment hearings, MSNBC was available in 44 million TV households and Fox News in 35 million TV households. With its extensive coverage, MSNBC was called “all Monica, all the time”. During the hearings both MSNBC and Fox News were able to get new viewers sampling the network. As a result, the Clinton impeachment hearings and trial were the first prolonged ratings competition between the three cable news networks.

In October 1998 when the House of Representatives launched a congressional impeachment inquiry, MSNBC said its primetime household audience had grown by 137%, compared to the previous year. Fox News began a new primetime program after the Lewinsky story broke in January 1998. During the impeachment coverage the broadcast networks also expanded its evening newscasts to one-hour to off-set, the extensive coverage from cable.

For the House of Representatives impeachment vote in December 1998, CNN had an average of 1.8 million households peaking at 5.3 million households, making it the highest rating of any day for the year. Fox News had the highest single day rating to date with an estimated 275,000 households tuning in. MSNBC averaged 400,000 households its highest rated day since Princess Diana’s funeral in 1997. Despite all the viewer sampling, the ratings of all three cable news networks dropped notably after the impeachment trial.

In 1998 one of the fastest growing radio formats was News/Talk radio which had rejuvenated the AM dial. The growth was fueled by the FCC decision to abolish the fairness doctrine in 1987 which had required public broadcast license-holders to provide multiple perspectives on important issues. As a result, such politically opinionated radio personalities as Rush Limbaugh had grown in popularity. Arbitron, reports in 1998 there were 1,240 news/talk radio stations across the country, making it the second most popular format in the U.S. (after country music). News/talk radio was the most listened to format for Persons age 45+.

Watergate Hearings: It’s common knowledge the Watergate burglary had been first reported by Washington Post reporters Robert Woodward and Carl Bernstein in 1972. The media landscape was far different today than it was in the 1970’s. Nationwide, the weekday newspaper circulation were well over 60 million compared to fewer than 30 million today (although digital circulation has become an option). Fueled by the Vietnam War, in 1973, the three major newsmagazines (Time, Newsweek and U.S. News & World Report) had a combined weekly circulation of 9.46 million, an increase of 45% from 6.42 million in 1965. With no cable news networks, digital media or politically charged talk radio, people relied on print and television for Watergate coverage.

To investigate the Watergate scandal, the U.S. Senate, chaired by Senator Sam Ervin, began televised hearings on May 17, 1973 which ended on August 7, 1973. The three broadcast networks, ABC, CBS and NBC, worried about losing the soap opera and game show audience (as well as ad revenue), rotated daily coverage of the hearings. PBS stations across the country provided live gavel-to-gavel coverage and televised all 250 hours of the hearings. Several PBS stations rebroadcast the hearings in prime time. The Watergate hearings were a hit on television. According to Gallup, 71% said they watched the hearings live and as many as 21% watched ten or more hours of coverage.

A potential Trump impeachment will be added to the list of live, and at times, compelling TV coverage which will dominate the news cycle for months.