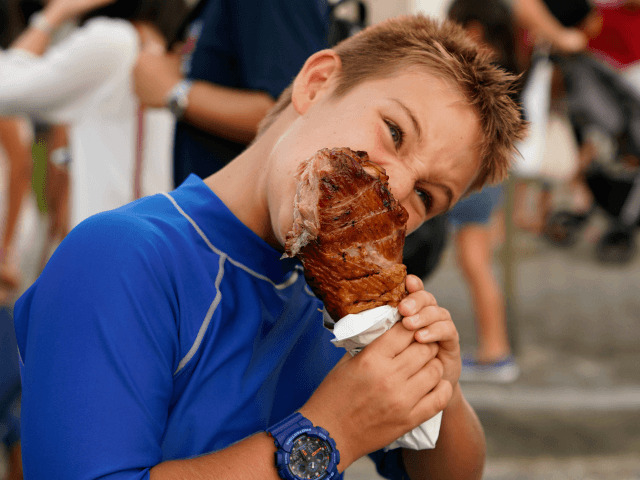 The research, led by Dalhousie University and McMaster University in Canada, counters official guidance from the World Health Organization (WHO), which in 2015 labelled meat a carcinogenic.

The paper was based on the research of a 14-strong international team of specialists and published on Monday in Annals of Internal Medicine. Bradley Johnston, associate professor at Dalhousie University, said: “Based on the research, we cannot say with any certainty that eating red or processed meat causes cancer, diabetes or heart disease.”

The study’s author elaborated: “From 12 randomised controlled trials enrolling about 54,000 individuals, we did not find a statistically significant or an important association in the risk of heart disease, cancer or diabetes for those that consumed less red or processed meat.”

Johnston remarked on how this should affect meat-eaters’ diets, telling the BBC: “The right choice for the majority of people, but not everyone, is to continue their meat consumption.”

Some in the academic community praised the report’s rigour. Open University emeritus professor of applied statistics Kevin McConway said it was an “extremely comprehensive piece of work”. Professor David Spiegelhalter, from the University of Cambridge, said: “This rigorous, even ruthless, review does not find good evidence of important health benefits from reducing meat consumption. In fact, it does not find any good evidence at all.”

While Ian Johnson, a nutritional expert at the UK’s Quadram Institute, welcomed the findings, telling Reuters: “This study will, I hope, help to eliminate the incorrect impression… that some meat products are as carcinogenic as cigarette smoke, and to discourage dramatic media headlines claiming that ‘bacon is killing us’.”

The Guardian reported that most scientists said the methodology used was thorough; however, the majority of views published in the media were highly negative.

Professor Walter Willett from the Harvard TH Chan School of Public Health, who is a vegan, called the study “the most egregious abuse of evidence that I have ever seen”. His colleague Dr Frank Hu said it was “irresponsible and unethical to issue dietary guidelines that are tantamount to promoting meat consumption, even if there is still some uncertainty about the strength of the evidence”.

Oxford University’s Dr Marco Springmann called it “dangerously misguided”. Dr Giota Mitrou from the World Cancer Research Fund said the “public could be put at risk” if they accepted this research as fact and refused to cut down on their meat consumption.

The NHS advises that anyone eating more than 90g of red or processed meat a day to lower their intake to 70g; that is the equivalent of two rashers of bacon, one-and-a-half sausages, one-third of a half-a-pound of steak, or just five tablespoons of cooked mince. Public Health England has said that despite the research, they will not be reviewing their guidelines.

While some scientists have been pushing to stop meat consumption on the grounds that it is bad for one’s health, others have led with the angle that it must be reduced because of the so-called ‘climate emergency’. Last week, a British barrister called for meat to be considered a form of “ecocide” and made illegal.