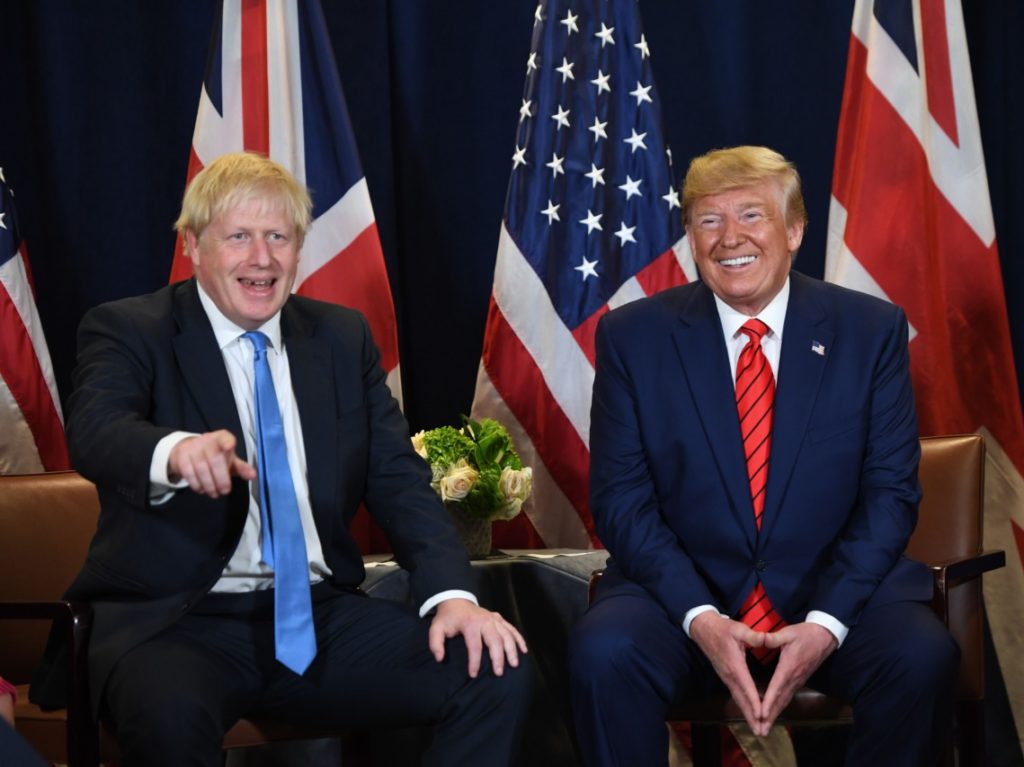 Addressing the United Nations in New York Tuesday in a speech which included wide-ranging comments on growing global trade, U.S. President Donald Trump hailed the “exceptional” new trade deal he was looking forward to concluding with the United Kingdom after it leaves the European Union.

As a member of the European political bloc, the UK is not able to negotiate and sign its own trade deals — as with many other areas of competence, this is managed by the central EU bureaucracy based in Brussels. But with the British people having voted in 2016 to leave the EU for good, it is presumed that the country will soon be free to conduct its own business.

The United States has been a steadfast ally of the United Kingdom since President Donald Trump took office, with several senior figures in the administration praising the mutual benefit to be had from a new trade deal. Speaking Tuesday morning in New York, President Trump again stated his faith in the plan, telling delegates to the United Nations:

“As the United Kingdom makes preparations to exit the European Union I have made clear that we stand ready to complete an exceptional new trade agreement with the UK that will bring tremendous benefits to both of our countries. We are working closely with Prime Minister Boris Johnson on a magnificent new trade deal.”

Boris Johnson himself also spoke approvingly of improving trade with the United States Tuesday, telling a breakfast meeting of U.S. and Canadian business leaders in New York that he intended to “roll out the red carpet” to North American business. He told the gathering: “We’re going to take advantage of all the freedoms that Brexit can give whether it’s new tax allowances for businesses or speedier public procurement contracts or creating new free ports, enterprise zones, devising better regulations for sectors the UK leads the world [… and] more competitive tax rates.”

President Trump’s words will be a boost to Mr Johnson on a difficult day where the Prime Minister has faced negative press at home after the UK Supreme Court ruled he had acted unlawfully in suspending Parliament prior to a new session in October. Mr Johnson for his part said he disagreed with the ruling and cited anti-Brexit partisans fighting his attempts to deliver the result of the 2016 referendum in Parliament and elsewhere was a source of instability in the United Kingdom.

The two leaders met for a bilateral Tuesday and shared a photocall before going into private meetings where President Trump praised Mr Johnson in glowing terms, expressing his confidence that Brexit on October 31st would go well and that positive results from Brexit would be visible in November. When a journalist asked whether Mr Johnson would be resigning, the President again spoke up for Mr Johnson, saying: “don’t you worry, I know him, he isn’t going anywhere.”