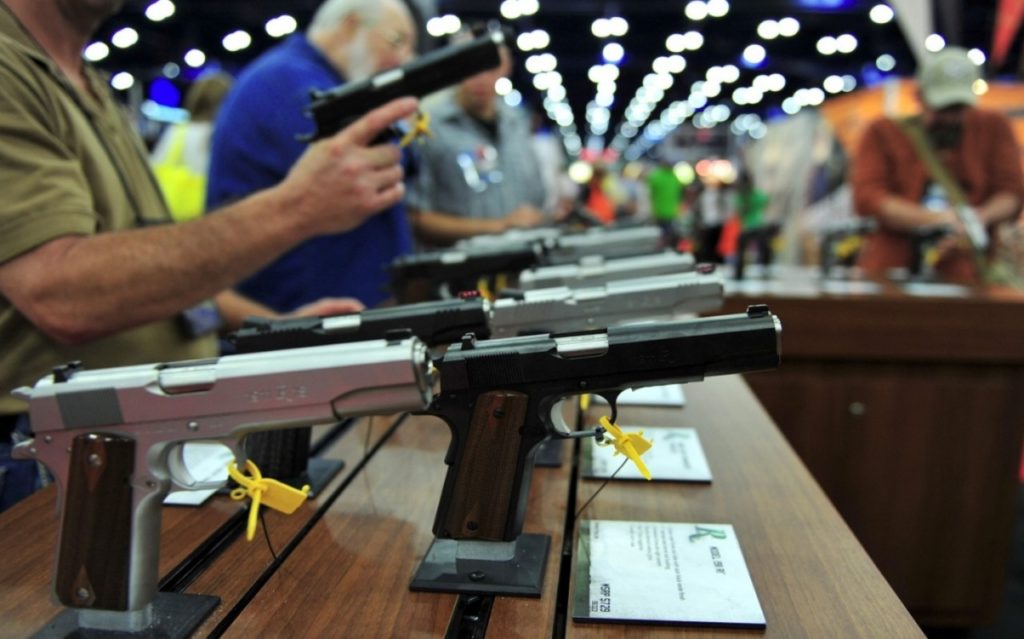 Earlier this week, the Trump Administration deployed Attorney General Bill Barr to meet with Members of Congress and float a proposal that would significantly expand background checks for firearms purchases.  The proposal was laid out in an idea sheet that was circulated by the Attorney General among various Senators and Representatives.

Currently, all gun sales by dealers who are Federal Firearms Licensees (FFL) cannot be completed unless the buyer first passes a background check. However, two private, non-FFL individuals can exchange a firearm without first running a background check.

The proposal on the idea sheet would significantly restrict the private sales that are currently allowed under current law without a background check. It describes a modified version of the Manchin-Toomey expanded background check bill that was killed in the Senate in 2013.  Under this “idea,” background checks would also be required for private sales between friends, neighbors, and co-workers if the sale occurred at a gun show or was an “advertised commercial sale.”

There are two major problems with this idea being promoted by Attorney General Barr. The first problem lies in the extension of background checks to any “advertised” sale of a gun. The Attorney General’s idea sheet doesn’t define what it means to be advertised. But it almost certainly would include a number of common situations that law-abiding gun owners find themselves in.

For example, suppose I decide that I would like to sell one of my shotguns.  Knowing that many of my friends are hunters and gun owners, I send an email message with a photo of the shotgun to my list of 150 friends to let them know I want to sell it. If one of them buys it, that would almost certainly be considered an “advertised” sale. We would have to go through the hassle of taking the shotgun to a gun dealer who’s an FFL, paying a fee, and having the FFL run a background check – even though I know my friend perfectly well and I know that he is a law-abiding gun owner.

Or suppose I tack a piece of paper describing the gun on the bulletin board at my workplace to see if one of my co-workers is interested in buying it. Again, that would almost certainly be considered “advertising” the gun. No matter how well I knew my co-worker who wanted to buy it, we’d have to go through the arduous and expensive hassle of a background check performed by an FFL.

So the proposal would make it much more difficult and expensive for friends to sell firearms to one another and exercise their Second Amendment rights. But would it at least make it harder for mass shooters to get guns? Not at all. That’s the second major problem with the Attorney General’s “idea.”

The proposal would have done nothing to stop the shootings in El Paso and Dayton. Both shooters purchased their firearms legally from dealers who were FFLs and passed the background checks.

And even where a person has a criminal record, the background check system is routinely circumvented by criminals. As I have written previously, instead of buying the gun himself, the criminal simply has a person with a clean record buy the gun for him. Such “straw purchaser” arrangements are illegal, but they’re almost impossible to detect and extremely difficult to prosecute. Indeed, it appears that the 2015 San Bernardino mass shooter acquired his firearms that way.

So the Attorney General’s “idea” would do nothing to stop mass shootings; but it would significantly burden law-abiding gun owners seeking to transfer guns to friends, neighbors, or co-workers. Let’s hope this idea goes nowhere.

Kris W. Kobach served as the Secretary of State of Kansas during 2011-2019.  He was a professor of constitutional law at UMKC Law School for 15 years from 1996 to 2011.  He is currently General Counsel for We Build the Wall.  An expert in immigration law and policy, he coauthored the Arizona SB-1070 immigration law and represented in federal court the 10 ICE agents who sued to stop President Obama’s 2012 DACA amnesty.  He is currently a candidate for Kansas’s U.S. Senate that will be open in 2020.  His website is kriskobach.com.