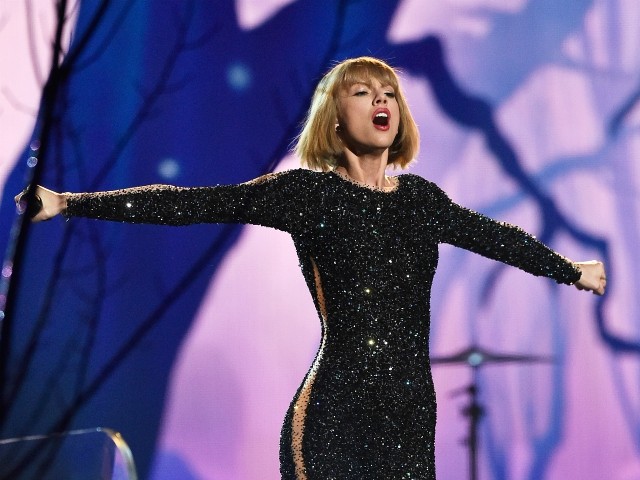 Pop superstar and left-wing activist Taylor Swift has admitted to becoming “obsessed” with progressive politics and claims she is now “really focused” on helping Democrats defeat President Donald Trump and Republican candidates in the 2020 election cycle.

In an interview with Rolling Stone magazine, Swift spoke of how she has come to obsess over politics since her political adversaries have started winning elections.

“I keep trying to learn as much as I can about politics, and it’s become something I’m now obsessed with, whereas before, I was living in this sort of political ambivalence because the person I voted for had always won,” she explained.

“I think a lot of people are like me, where they just didn’t really know that this could happen. But I’m just focused on the 2020 election,” the Grammy-winner said. “I’m really focused on it. I’m really focused on how I can help and not hinder. Because I also don’t want it to backfire again, because I do feel that the celebrity involvement with Hillary’s campaign was used against her in a lot of ways.”

One of Swift’s proposals for helping defeat Trump in 2020 is that Democrats work as a team and rally behind their eventual candidate, something many on the left of the party refused to do after Hillary Clinton won the presidential nomination against Bernie Sanders in dubious circumstances.

“I do think, as a party, we need to be more of a team,” the “Shake It Off” crooner argued. “With Republicans, if you’re wearing that red hat, you’re one of them. And if we’re going to do anything to change what’s happening, we need to stick together.

The 29-year-old singer made similar comments last month, revealing she was “very remorseful” over her refusal to endorse Hillary Clinton in the 2016 election over fears it would damage her own public image and only be a hindrance to Clinton’s campaign.

“Unfortunately in the 2016 election, you had a political opponent who was weaponizing the idea of the celebrity endorsement. He was going around saying, I’m a man of the people. I’m for you. I care about you. I just knew I wasn’t going to help,” she said at the time. “Also, you know, the summer before that election, all people were saying was She’s calculated. She’s manipulative. She’s not what she seems. She’s a snake. She’s a liar. These are the same exact insults people were hurling at Hillary.”

Trashing widespread fan theories that she was a Republican, the 29-year-old singer broke her political silence in the run-up to the 2018 midterm elections last year when she decided to endorse Democratic candidate Phil Bredesen over Republican Marsha Blackburn in the Tennesee Senate election.

In a hackneyed Instagram message, the Shake It Off singer decried the existence of “systematic racism” against minorities while accusing Blackburn of being unwilling to “fight for dignity for ALL Americans, no matter their skin color, gender or who they love.”