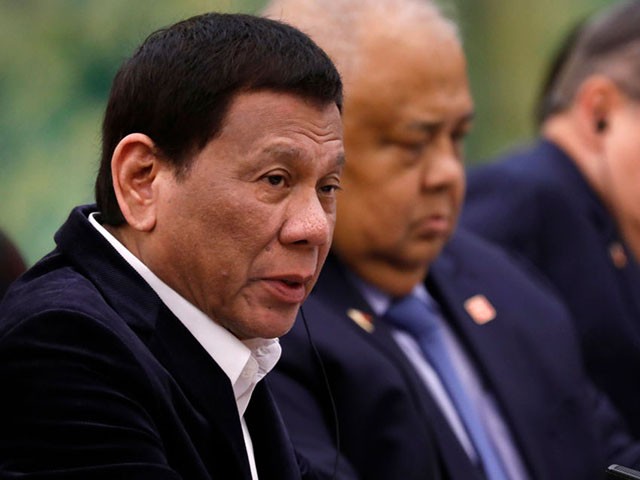 Philippine President Rodrigo Duterte was venting his frustrations about corruption and drugs before a group of government officials on Tuesday when he blurted out that he ordered an assassination attempt against the former Daanbantayan mayor Vincente Loot in 2018 and was severely disappointed the “son of a bitch” survived.

“General Loot, you son of a bitch, you even won as barangay,” Duterte fumed, using the Filipino term for mayor of a village. “I ambushed you, you animal, but you’re still alive.”

Loot was indeed ambushed by a group of masked gunmen in May 2018 when he and his family docked their boat at a wharf in the village of Maya. The boat was showered with bullets, injuring two of Loot’s drivers, the nanny who took care of his infant grandchildren, and a porter. Loot’s son and stepson used their bodies to shield their wives and children from the attack.

Loot, who was a police general before running for mayor, said at the time he thought the attack was prompted by Duterte accusing him and four other generals of being tied to organized crime and drug smuggling. A confessed drug kingpin claimed in 2016 that he paid regular bribes to Loot, an allegation Loot strenuously denied.

“I did not order the ambush. It was Roxas. Roxas ordered his ambush, not me,” Duterte said during a speech at a good-governance event. Duterte’s office later said the president was joking, an explanation Roxas said he was prepared to accept “in the spirit of Christmas.”

Duterte’s hard-working spokespeople explained on Tuesday that Duterte was once again goofing around when he seemingly took responsibility for the murderous attack on Loot and his family.

Presidential spokesman Salvador Panelo took a somewhat different tack on Wednesday and blamed the misunderstanding on linguistics, describing Duterte as a “Bisaya president who is not proficient in Pilipino.”

In other words, Duterte, who hails from a rural area of the Philippines, misunderstood the urban dialect spoken in Manila and used phrases that implied he ordered the hit, when he really meant to praise Loot for his resilience by saying something like, “You were ambushed, yet you’re still alive.”

“It is silly and absurd to conclude that PRRD [President Duterte] is behind the ambush just because he misspeaks the Pilipino language which is not his native tongue or first language,” said Panelo.

Yet another interpretation was offered by Duterte ally Sen. Bong Go, who thought Duterte knew what he was saying but meant it as a humorous “warning for everyone – even if you’re a governor or mayor – that if you enter the drug trade, the risk would always be there.”