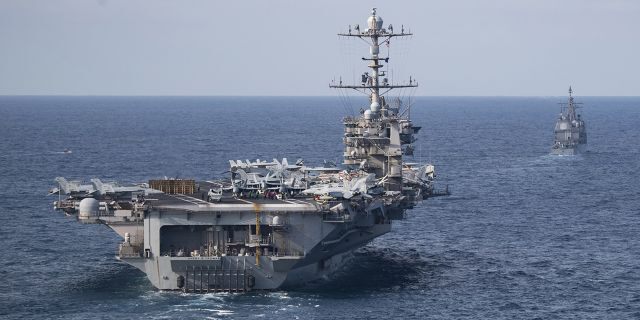 The Navy’s Harry S. Truman Carrier Strike Group has deployed without a key asset – the aircraft carrier from which it gets its name.

The USS Harry S. Truman, which has been out of service since late August because of an electrical problem, was not among the guided-missile destroyers and cruisers that left their home ports last week, USNI News reports.

“So really a full-up group, minus the carrier and the air wing,” he added. “But a full-up, very capable group is going off to do the nation’s bidding in this great power competition.”

It’s not clear when the USS Harry S. Truman will be fully operational again.

“The aircraft carrier’s repairs are progressing, and all efforts are being made to deploy the carrier and air wing as soon as possible,” the Navy told USNI News in a statement.

Lewis called the situation unusual and unfortunate, “but we’re going to make this into what it really is, which is, we’ve still got a massive capability that’s going forward on time, and that will be even more amplified when Truman comes out.”