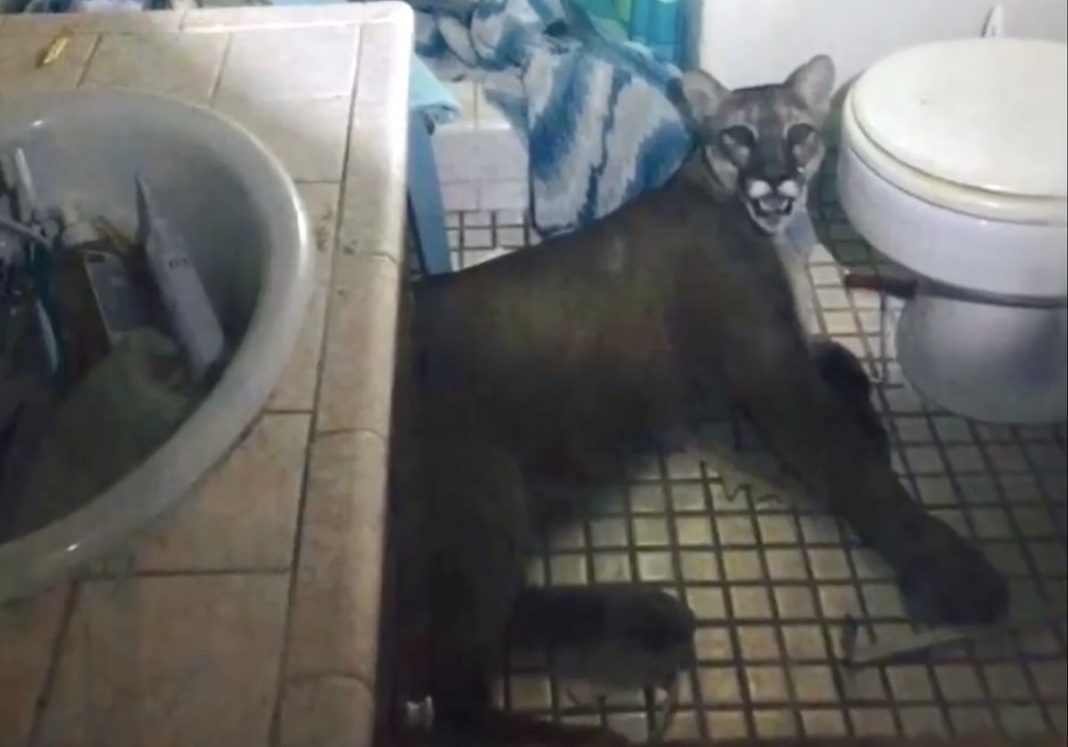 An intruder caught in the act! Last night, our deputies were called to the 16000 block of Oakhaven Lane in Sonora for reports of a break-in. The perpetrator slyly made his way through the open front door of the home. He did not threaten the resident or steal anything. After being spotted, he tried to make a run for it but ended up cornered in a bathroom. Fish and Wildlife were contacted and assisted our deputies in coaxing the mountain lion out of the second story bathroom window. He did get a stern warning about the break-in before being released. Fish and Wildlife do not consider mountain lion sightings near human habitation a public safety concern as long as the lion is not exhibiting aggressive behavior towards people. Mountain lions tend to be shy and extremely stealthy. That said, keep doors to your home and outbuildings closed and secure. If you do encounter a mountain lion here are some helpful safety tips: make noise, act defiant and not afraid, maintain eye contact, never run away, slowly create distance, and fight back if you’re attacked!