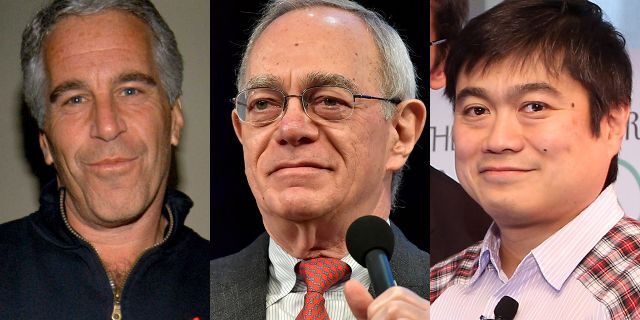 In a letter obtained by Fox News, faculty at the Massachusetts Institute of Technology are demanding to know the full extent of its financial ties to disgraced financier Jeffrey Epstein.

The letter, addressed Wednesday to university President L. Rafael Reif and signed by 10 staffers and professors, begins: “We are writing you in regard to the available facts on the public record concerning deceased child rapist Jeffrey Epstein’s professional, financial, and personal connections to various MIT faculty and staff.”

“As is known, human trafficking is among the largest illegal industries in the world—far eclipsing even the international drug trade. The untold misery this sick and evil institution has inflicted on children and women around the world—and continues to inflict—is incomprehensible,” the letter continues. “We should like to note that unless MIT takes steps to demonstrate that there are consequences for those who chose to associate with (and thereby enable) Jeffrey Epstein by enriching MIT through his donations, there can be no rational hope for thinking that these sorts of sex crimes against women and children will end.”

Joi Ito, director of MIT’s Media Lab, resigned from both the lab and from his position as a professor at the Cambridge school. The resignation was first reported by The New York Times.

Ito’s resignation came after The New Yorker reported that the Media Lab had a more extensive fundraising relationship with Epstein than it previously acknowledged and tried to conceal the extent of the relationship.

Ito said Epstein gave him $525,000 for the Media Lab and another $1.2 million for his own investment funds.

The letter continues: “Indeed, unless MIT and other institutions of higher education take accountability for their actions by punishing those involved for associating with Epstein, the public has no reason to grant institutions as MIT any moral or civic credibility. Failing to do anything of real consequence is an insult to common sense and basic human decency.”

In a letter, addressed to university President L. Rafael Reif, middle, faculty at the Massachusetts Institute of Technology are demanding to know the full extent of its financial ties to disgraced financier Jeffrey Epstein, left. Joi Ito, director of MIT’s Media Lab, right resigned over the fallout. (Getty)

Epstein’s July 6 arrest drew national attention, particularly focusing on a deal that allowed him to plead guilty in 2008 to soliciting a minor for prostitution in Florida and avoid more serious federal charges.

Epstein was a wealth manager who hobnobbed with the rich, famous and influential, including presidents and a prince.

He owned a private island in the Caribbean, homes in Paris and New York City, a New Mexico ranch and a fleet of high-price cars.

Epstein, 66, killed himself in jail Aug. 10 while awaiting trial on sex trafficking charges. Federal prosecutors in New York had charged him with sex trafficking and conspiracy, alleging he sexually abused girls over several years in the early 2000s.

The Associated Press contributed to this report