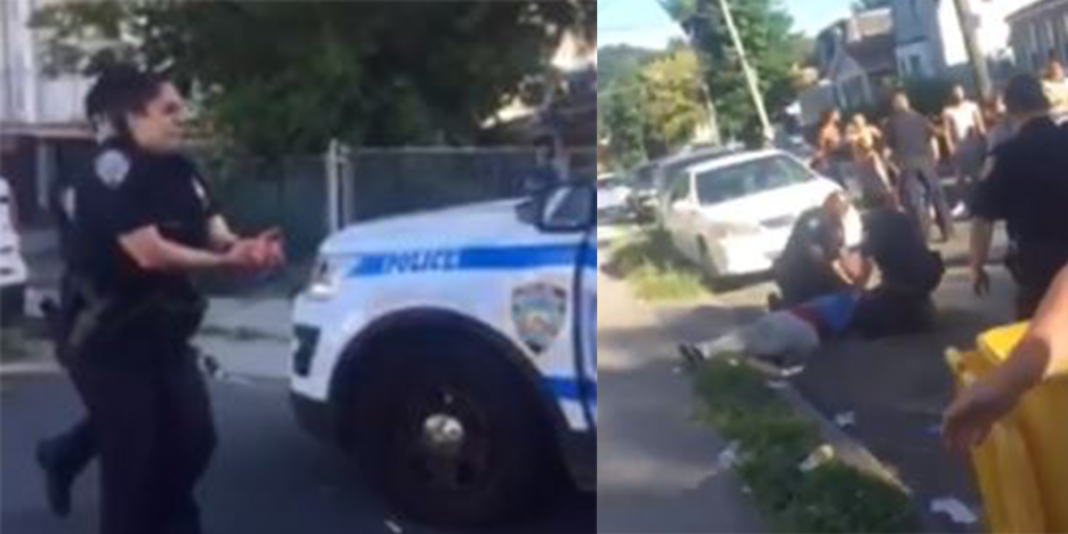 The aftermath of a shootout between a convicted felon and a police officer in Staten Island has made it to the internet- and the intensity of the situation is palpable.

The incident took place in the Clifton area after 39-year-old ex-con Gregory Edwards exchanged fire with two NYPD officers who were attempting to bring him downtown after a domestic violence call.

After the smoke cleared, sirens filled the air as NYPD vehicles pushed through the street and a wounded officer was shoved into the back of a cruiser for medical evacuation.

One officer provided tireless chest compressions to Edwards, who appeared to be the favorite of the gathering crowd.

“They just shot the f*** out of him,” one person shouted.


While police struggled to keep individuals back, one man -wearing a hoodie cinched around his head- assisted by keeping the locals calm and orderly.

“Get back,” he said, as he spoke with dispatch on the phone.

Meanwhile, the crowd became angry, shouting obscenities at police and wishing death upon them.

According to the New York Post, the incident took place on Tuesday, and the condition of the wounded officers is unknown.