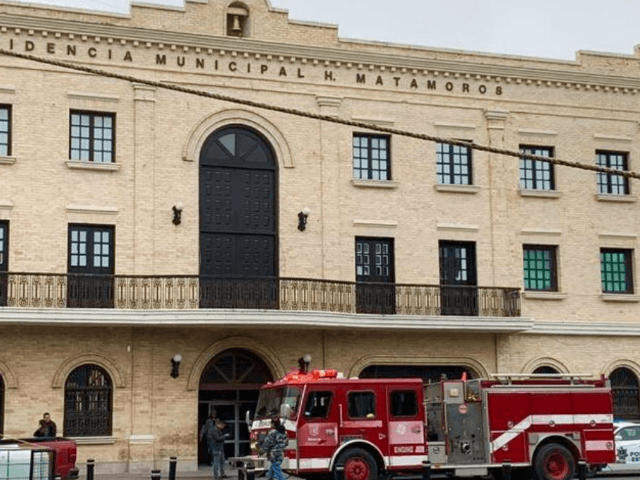 MATAMOROS, Tamaulipas – A bomb threat targeting city hall led to a state of high-alert as employees rushed out of the building while military and police combed the area for explosives. This marks the third incident of its kind at the municipal building since November 2018.

The threat was issued Tuesday afternoon when authorities received a call about a bomb inside Matamoros City Hall. The building houses most of the municipal offices, including the mayor, and serves hundreds of visitors daily. Military, state, and federal authorities rushed to the complex to evacuate personnel and search for explosives.

Editor’s Note: Breitbart Texas traveled to the Mexican States of Tamaulipas, Coahuila, and Nuevo León to recruit citizen journalists willing to risk their lives and expose the cartels silencing their communities.  The writers would face certain death at the hands of the various cartels that operate in those areas including the Gulf Cartel and Los Zetas if a pseudonym were not used. Breitbart Texas’ Cartel Chronicles are published in both English and in their original Spanish. This article was written “J.A. Espinoza” from Tamaulipas.