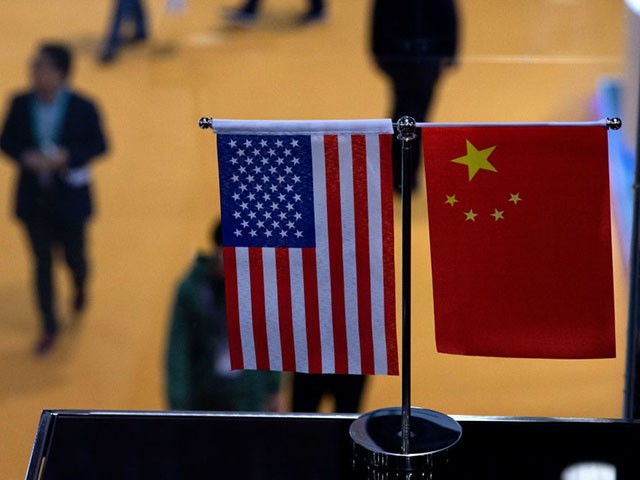 An op-ed at China’s state-run China Daily on Thursday denounced American sanctions against nations like Iran and North Korea as “human rights violations” on the grounds that they cause ordinary civilians to suffer much more than the leadership of rogue regimes.

The article pushed Beijing’s view of sanctions, and most complaints about human rights for that matter, as a hypocritical tactic invented by the West to keep rising economies down:

U.S. leaders, past and present, like to tout the effects of their crippling sanctions on countries such as Iran, Cuba, Venezuela, the Democratic People’s Republic of Korea and Syria. They claim that economic sanctions deprive some governments of the money to develop nuclear weapons, pressure their leaders to change course and defend human rights, freedom and democracy.

I am not defending every policy of these governments. But the U.S. and many other Western countries are indeed good at hijacking the moral high ground.

What is true is that none of these sanctioned countries has surrendered to Washington after decades living under maximum pressure. In the case of Cuba, the U.S. economic embargo has been imposed for nearly 60 years and is now widely regarded as a debacle, even among many in the US.

When US economic sanctions cause skyrocketing inflation and unemployment in Iran and other countries, it is ordinary people who are collectively punished by the U.S. administration.

The China Daily critique was especially preoccupied with Iran, citing the hardships endured by the Iranian people as proof that Washington’s expressions of concern for the Iranian people are hollow. The China Daily writer neglected to blame the brutal Iranian regime for forcing its people to suffer instead of cutting the funds it spends on international terrorism and military adventures to free up more money for domestic concerns:

In an interview with Borges, an Iranian doctor talked about a shortage of medicine and medical equipment despite the fact they are supposed to be spared from sanctions. Most global companies, fearing potential US reprisal, have suspended business in Iran.

The boy Borges discussed is just one of the tens of thousands of heartbreaking stories resulting from US economic sanctions. And if these are not human rights violations, what are they?

So when US officials, such as Secretary of State Mike Pompeo, say the US stands with the Iranian people, I doubt he dares look into the eyes of that boy’s father.

“Sanctions, though there are no bombs dropped or shots fired, constitute an act of war. And though it isn’t a true shooting war, the damage done to innocent people is no different,” the editorial concluded.

The possibility of Iran sanctions easing after the departure of U.S. National Security Advisor John Bolton, an unflagging critic of the Iranian regime, remains a topic of much speculation. President Donald Trump has reportedly entertained the possibility of offering some sanctions relief to advance negotiations with Iranian President Hassan Rouhani, but the Iranians have generally insisted all sanctions must be unilaterally dropped before they will consider talks.