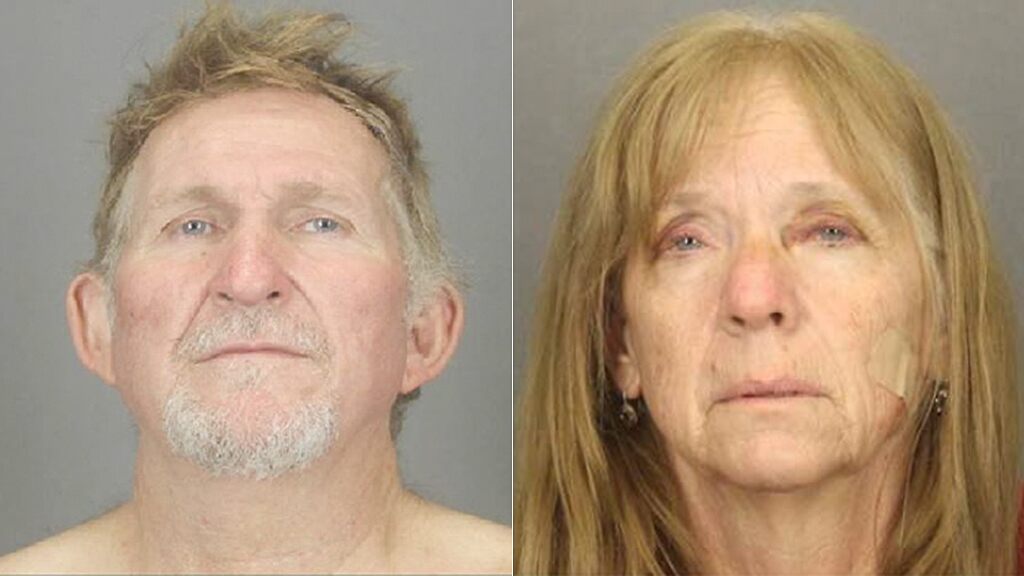 A married couple wanted for murder in Arizona and on the run for three weeks after allegedly overpowering guards in Utah during their extradition, were captured Wednesday, authorities said.

Blane Barksdale, 56, and Susan Barksdale, 59, were arrested and taken into custody without incident, the U.S. Marshals Service announced. The Navajo County Sheriff’s Office said in a Facebook post that it assisted in the arrests but did not say where the couple was found.

Both agencies plan to hold a joint news conference in Phoenix at 11 a.m. Thursday to provide further details about the couple’s capture, Tucson’s KOLD-TV reported.

FUGITIVE COUPLE MAY BE GETTING HELP FROM WHITE SUPREMACISTS, POLICE SAY

The couple were being transported from Henrietta, N.Y., to Pima County, Ariz., Aug. 26 when they somehow “overpowered two security officers” in Blanding, Utah, using an unspecified “medical rouse.”

They allegedly kidnapped the two guards and third inmate, driving a privately operated prison transport vehicle to Vernon, Ariz., where they obtained a Red GMC Sierra pickup from an acquaintance, KOLD-TV reported. They then abandoned the van with the three locked inside and somehow evaded a sweeping manhunt conducted by multiple agencies, including the FBI, the report said.

Authorities previously said they believe couple was receiving help — from biker gangs or white supremacist groups — to elude capture. On Monday, Blane Barksdale was placed on the U.S. Marshals Service 15 Most Wanted List, and the reward for information leading to his arrest increased to $25,000, The Arizona Republic reported. The reward for information leading to Susan Barksdale’s arrest was set at $10,000.

The suspects were initially arrested May 24 in upstate New York and charged with first-degree murder, burglary, arson and auto theft in connection with the disappearance of Frank Bligh, 72, who was reported missing following the April 16 fire and explosion at his Tucson home.

Bligh’s car was found abandoned the day after the fire. While his body has not been found, investigators say evidence in the car indicated he was likely dead. The Barksdales were later identified as suspects. Investigators believe more than 100 firearms were stolen from the home, KOLD-TV reported. Only 30 have been recovered.