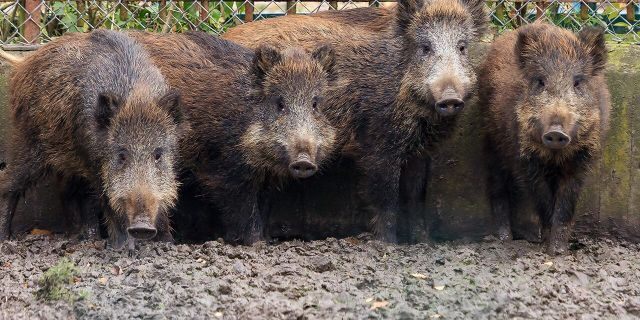 An underreported threat along America’s northern border has U.S. officials and local residents warning of widespread damage due to the reckless invaders: Feral hogs from Canada.

At least eight pigs have been spotted in Canada, just above the border with Lincoln County, Montana, according to officials.

HAVE A FERAL HOG PROBLEM? THERE’S A DRONE FOR THAT

Wildlife officials say at least eight feral hogs have been spotted in Canada along the U.S. border with Montana.
(iStock)

“Multiple people say that if we were to design an invasive species that would do the most widespread damage, feral swine aren’t too far off from being the perfect specimen,” Dale Nolte, of the U.S. Department of Agriculture’s National Feral Swine Program, told the Daily Inter Lake. “It would be a disaster.”

The pigs were described as “rototillers” — they root for food and wallow in farms, fields and forests, leaving terrain unrecognizable. Tahnee Szymanski, of the Montana Department of Livestock, told the publication the feral hogs “can decimate the rangeland by tearing up everything.”

The pigs might also spread diseases impacting livestock and other animals.

‘Bernie Sanders Is Going to Be Their Nominee’ — ‘He Beat...