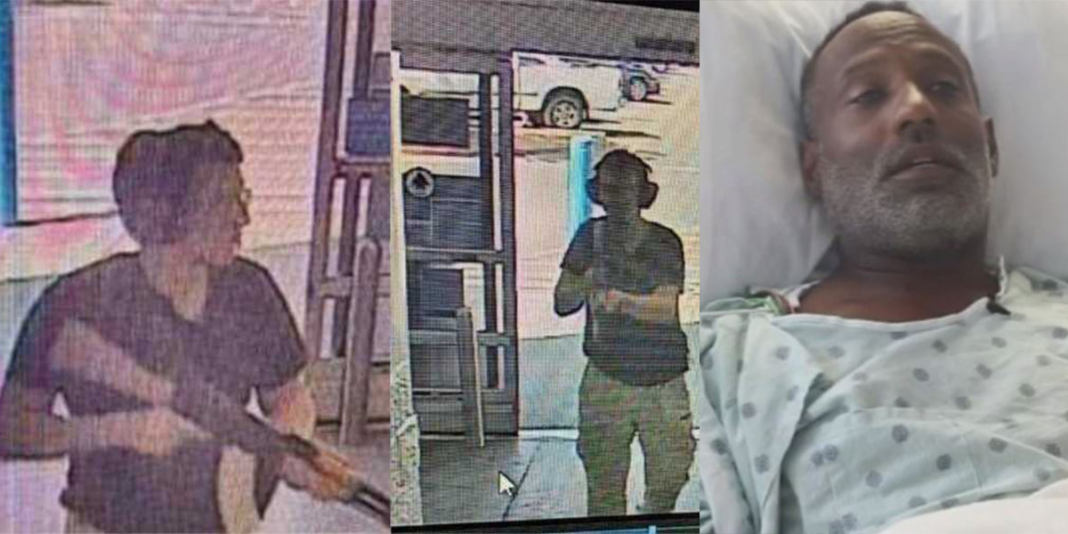 A man who reportedly acted heroically during the El Paso Walmart shooting was supposed to be honored at the White House- but instead was questioned by the Secret Service after evidence showed he was not telling the story as it happened.

Police say 50-year-old Ernest Christopher Grant, who was shot several times during the domestic terror incident, did not distract the El Paso gunman by throwing soda bottles at him.

His heroism was to be commended at the White House by President Donald Trump this week until it was discovered that Grant had not carried out his heroic mission as he claimed.

According to ABC News, President Trump had praised Grant during the event, with his mother accepting the commendation on his behalf.

“Chris grabbed -listen to this- soda bottles, and anything else in front of him, and began hurling them at the gunman, distracting him from the other shoppers and causing the shooter to turn towards Chris and fire at him,” President Trump said in his speech. “Chris suffered two very serious gunshot wounds but he is recovering well and we wish him the best.”


The El Paso Police have since reviewed surveillance footage that showed Grant acting in a manner opposite to his account.

“[His actions] were basically human instincts, survival instincts but they were not heroic or as he described,” El Paso PD Enrique Carillo said.

Grant was taken in on an active arrest warrant by the Secret Service but was later released.

‘I’m Not One of Those People Who’s Like Going Out of...