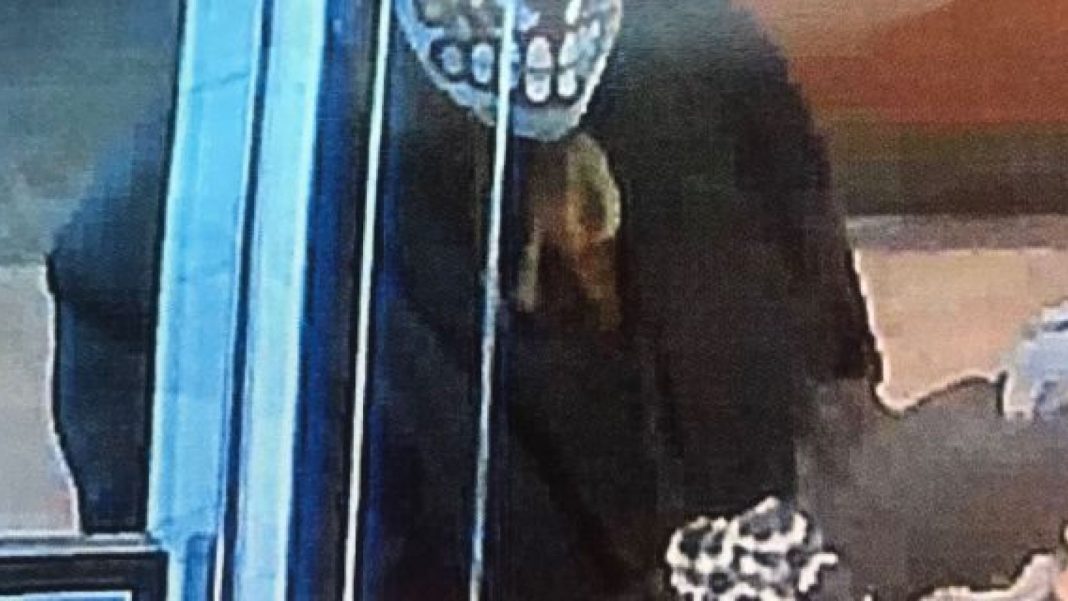 Authorities are searching for an armed bank robber who held up a Santa Monica Wells Fargo.

LOS ANGELES– A masked suspect armed with a long-barreled weapon robbed a bank in Santa Monica, Calif., on Tuesday and took off with up to $5,000 before police could catch him.

The incident occurred inside a Wells Fargo bank on Montana Avenue at 9: 51 a.m. The street is known for its posh stores and is frequented by celebrities.

The suspect—who was last seen jumping a wall in the rear of the bank—was dressed in layers of clothing and gloves, police said.

The robber entered the bank brandishing the firearm while wearing a “Day of the Dead” type mask. He approached a worker, demanded money and fled. There were no injuries but nearby schools were placed on a brief lockdown.

Police said they responded within minutes and searched extensively in the area. They are appealing to stores and homeowners who may have surveillance video to help in the investigation.