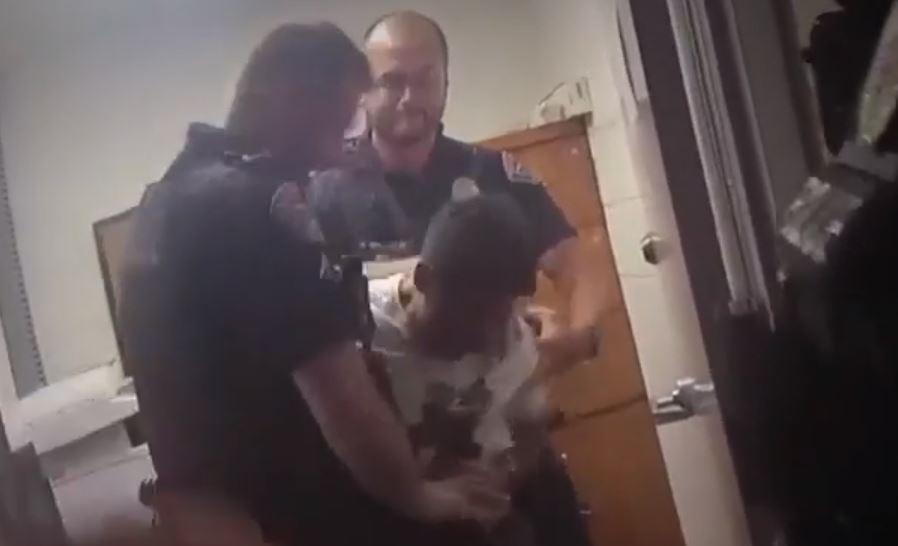 Body camera footage out of Utah shows the instant before a West Valley Police officer was forced to fatally shoot a DUI suspect in the jail intake room last month.

Michael Chad Breinholt was killed after attempting to take an officer’s gun in the DUI processing area, following his August 23 arrest.

Breinholt was under the influence when a woman called police earlier in the evening, claiming that the man was causing a “ruckus” and that she believed him to be intoxicated.

After being arrested and taken to the DUI processing area, Breinholt told officers he had a gun in his shoe. When officers said they would address it in a moment, the suspect became impatient and tried to stand up.


Finally, Breinholt got the officer to remove the shoe, which gave the suspect a chance to grab the officer’s gun.

“You’re about to die, my friend,” he said, trying to get Breinholt to stand down.

The officer fired a single shot, hitting Breinholt in the head.

According to the Salt Lake Tribune, the incident lasted all of six seconds.

It is unknown if Breinholt really had a gun in his shoe.

According to Utah law, an officer is justified in using deadly force if they believe doing so will prevent the death or serious injury of themselves or others.