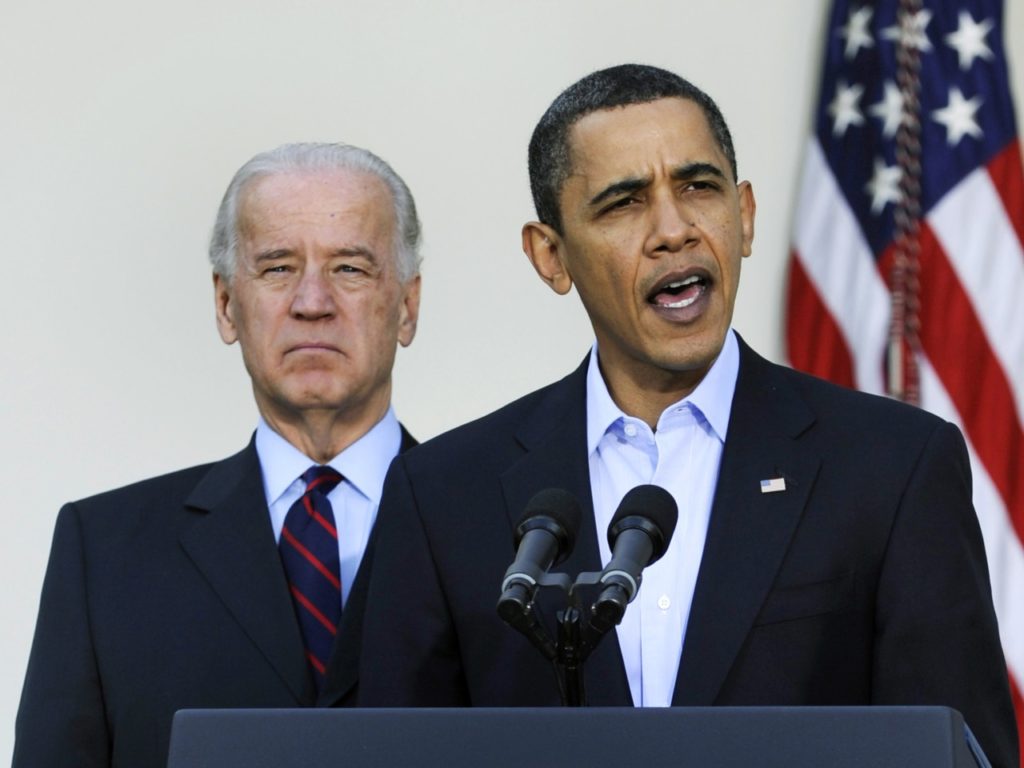 Former vice president Joe Biden asked an audience at New Hampshire on Friday to imagine what would have happened “if, God forbid, Barack Obama had been assassinated” after winning the 2008 Democratic primary.

Biden, speaking at Dartmouth College in Hanover, was comparing Obama to Robert F. Kennedy, who was assassinated by Palestinian radical Sirhan Sirhan on June 6, 1968, mere moments after winning the California Democratic Primary, virtually assuring him the party’s nomination.

He also drew parallels to the assassination of Dr. Martin Luther King, Jr., on April 4, 1968.

According to the New York Times, Biden’s full quote was as follows:

I think of where we are at the moment. You know, none of you men are old — women are old enough, but a couple of you guys are old enough to remember. I graduated in 1968. Everybody before me was, drop out, go to Haight-Ashbury, don’t trust anybody over 30, everybody not getting involved. I’m serious, I know no woman will shake their head and acknowledge it, but you guys know what I’m talking about. Right? But then what happened? Dr. Ki— I only have two political heroes. I have one hero who was my dad, but I have two political heroes were Martin Luther King and Bobby Kennedy. My senior semester they were both shot and killed. Imagine what would have happened if, God forbid, Barack Obama had been assassinated after becoming the de facto nominee. What would have happened in America?

Biden also compared the eassassinations of Kennedy and King to the election of President Donald Trump in 2016 in terms of the effect those events had on inspiring left-wing activists.

“Unless I’m mistaken, Donald Trump did for your generation what the loss of two of my heroes did for mine,” he said, according to the Times, adding, “What they did was make you realize, my God, we’re in trouble.”

Biden also came under criticism Friday for a gaffe in which he accidentally said his health care policy would not offer quality.

‘Bernie Sanders Is Going to Be Their Nominee’ — ‘He Beat...