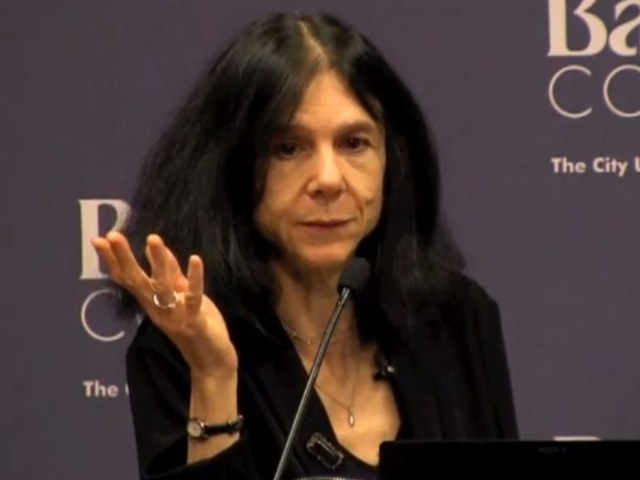 New School professor Laurie Sheck, who has been nominated for the Pulitzer Prize in poetry, faced an investigation this year over her use of the “n-word” during a lesson on black author James Baldwin. She used the word during a discussion of Baldwin’s own use of the word. Ultimately the New School decided that she did not violate the college’s policy on discrimination.

During the spring semester, Professor Laurie Sheck of the New School in New York City found herself in hot water after she said the “n-word” during a discussion on James Baldwin’s 1962 essay, “The Creative Process.” During the class discussion on the essay, Sheck asked students to consider why a recent documentary about Baldwin was titled “I Am Not Your Negro,” altering Baldwin’s actual quote to remove the “n-word.”

Sheck argues that she used to word to make a point about the documentary’s intentional distortion of Baldwin’s quote. “As writers, words are all we have. And we have to give [Baldwin] credit that he used the word he did on purpose,” Sheck said.

After the lecture, one of Sheck’s white graduate students reported her use of the word to the New School administration. As a result, Sheck was investigated by college administrators over her classroom conduct.

“I have been left completely in the dark with the accusations against me still actively in place, and classes starting in two weeks,” Sheck said in a comment to the Guardian. “Having taught at the New School with an impeccable record and consistently stellar student evaluations of my classes for nearly 20 years, this drawn-out approach appears to many as an unnecessarily callous and insensitive treatment of a devoted and long time faculty member.”

In a short statement to the Foundation for Individual Rights (FIRE), The New School said that only Professor Sheck’s teacher’s union would be permitted to comment on the investigation. Moreover, the New School claimed that they champion academic inquiry and open debate.

The New School is proud to be a place that embraces rigorous academic inquiry, diverse perspectives, and respectful debate. With regard to the matter involving Professor Sheck, ACT-UAW is the bargaining representative for part-time faculty members at The New School. It therefore has the exclusive authority to act on their behalf in employment matters. Additionally, and as a general principle, the university maintains confidentiality regarding personnel issues.

Judge Judy vows to ‘fight’ Bernie Sanders and his supporters ‘to...

Katherine Johnson, One of NASA’s ‘Hidden Figures,’ Dies at 101