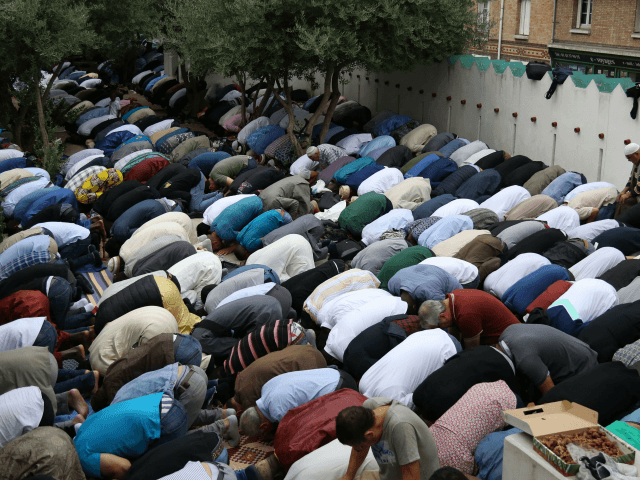 At least 80 Muslims who participated in the annual hajj pilgrimage in Islam’s holy city of Mecca in Saudi Arabia over the weekend died.

A Saudi Arabian hospital was also treating six Malaysian pilgrims in critical condition as of Monday, the Malay Mail reported.

Fuziah Salleh, the deputy minister in Malaysia’s Prime Minister’s Department, indicated that “most” of the sick pilgrims “had critical illnesses such as heart problems, infection of the lungs and tuberculosis, and were in a coma.”

“They had illnesses brought from Malaysia and a history of sickness, apart from the challenging surroundings here and reduced immune system,” Salleh added.

Many of the fatalities resulted from similar reasons and conditions.

Although most of the hajj-linked deaths originated from Muslim-majority countries, Muslims from predominantly Catholic Philippines also perished.

Local news outlets learned from their respective governments that Islam adherents from the Philippines (5), Nigeria (9), Malaysia (9) Turkey (28), and Bangladesh (29) died during the holy Muslim event.

Nearly half (about 52 percent) of the Nigerian population is Muslim while the remaining portion is mostly Christian, according to the CIA World Factbook.

This year’s hajj reportedly began on Friday and ended Sunday.

The Manila Bulletin reported Tuesday, “Another Filipino pilgrim died Monday in Saudi Arabia, bringing to five the number of deaths among over 7,000 Philippine hajj goers this year.”

On Monday, Dr. Ibrahim Kana, the chairman of the National Hajj Commission of Nigeria’s (NAHCON), reportedly revealed that nine Nigerian pilgrims died during this year’s hajj.

Salleh, the top official from Malaysia, indicated Monday that “nine Malaysian pilgrims had died during this year’s pilgrimage.”

A stampede trampled over 2,000 pilgrims to death in 2015, marking the deadliest hajj disaster.

Although the beginning of the Muslim holiday Eid al-Adha (“Feast of Sacrifice”) on Sunday coincides with the end of hajj, some news outlets report that the six-day pilgrimage officially ends on Wednesday.

Under close supervision and clad in white robes signifying a state of purity, the faithful converged on Jamarat to perform the stoning ritual from a three-storey bridge erected to ease congestion after stampedes in previous years.

They will return to the bridge over the next two days for more stoning before returning to Mecca to pray at the Grand Mosque at the end of haj.

Over two million Muslims gathered in Mecca this year for the holy pilgrimage of hajj. The pilgrimage — one of the five pillars of Islam — requires every non-disabled Muslim who can afford to make the pilgrimage to do it at least once in their lifetime.