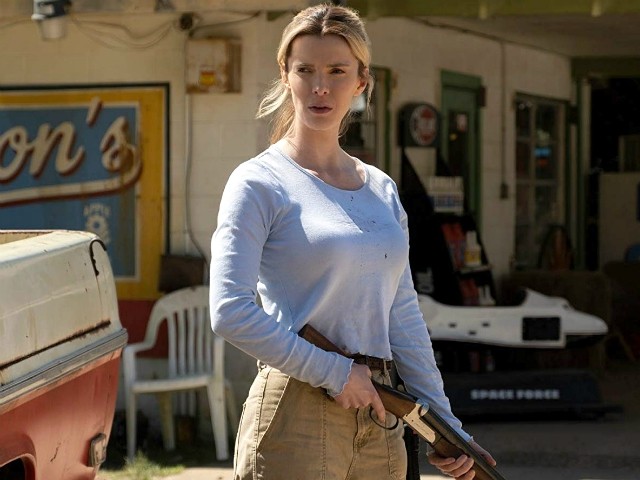 Universal executives had qualms about The Hunt as early as 2018 but the studio decided to move forward with the political horror movie anyway, according to a new report.

The Hollywood Reporter cited in a recent article anonymous sources saying multiple Universal executives had reservations about the project when studio honchos Jeff Shell and Donna Langley bought it in May 2018.

“It’s not clear why the studio agreed to make the $18 million film without toning down or removing the political references, given that other studios passed on the material as too hot-button,” the report states.

The Hunt reportedly depicts a group of wealthy liberal elites hunting down “deplorables” for sport. The Blumhouse production was scheduled to be released in cinemas Sept. 27, but Universal shelved the movie indefinitely following the mass shootings in El Paso and Dayton.

The movie faced passionate criticism, including from President Donald Trump, who said: “The movie coming out is made in order to inflame and cause chaos. They [Hollywood] create their own violence, and then try to blame others. They are the true Racists, and are very bad for our Country!”

Liberal Hollywood is Racist at the highest level, and with great Anger and Hate! They like to call themselves “Elite,” but they are not Elite. In fact, it is often the people that they so strongly oppose that are actually the Elite. The movie coming out is made in order….

Sources told the Reporter that Universal leadership was reluctant to cave to the outrage from those who hadn’t yet seen the finished film.

“But the mass shootings changed the calculus, rendering what studio sources believe was a biting satire into a project so toxic, it wasn’t worth the headaches,” the report says.

The Reporter says that when Universal executives and the filmmakers began receiving death threats via email and on social media, the studio immediately paused the marketing campaign altogether.

Sources told the trade publication that the studio’s internal security force became involved, but outside law enforcement was not alerted.

Indiewire separately reported that the choice to cancel the release had already been made before President Trump’s tweet.

While a domestic theatrical release looks increasingly doubtful, The Hunt could still have an overseas release through another distributor.