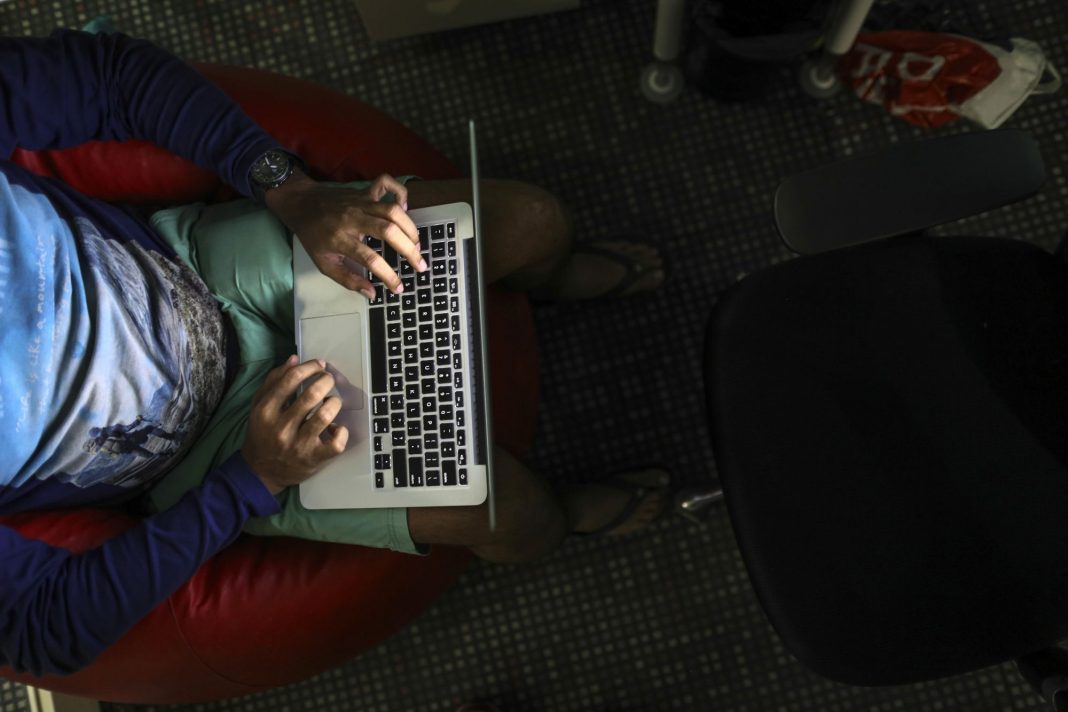 In a statement, the U.S. Federal Aviation Administration said it was “aware of the recalled batteries that are used in some Apple MacBook Pro laptops” and stated that it alerted major U.S. airlines about the recall.

The watchdog also reminded airlines to follow 2016 safety instructions for goods with recalled batteries, which means that the affected Apple laptops should not be taken on flights as cargo or in carry-on baggage by passengers.

The European Union Aviation Safety Agency issued a warning about these MacBook Pro models earlier this month, telling airlines in the region to follow 2017 rules that require devices with recalled lithium-ion batteries to be switched off and not used during flights.

The Apple laptops in question are some 15-inch MacBook Pros sold between September 2015 and February 2017. Apple issued the recall in June, saying it had “determined that, in a limited number of older generation 15-inch MacBook Pro units, the battery may overheat and pose a fire safety risk.”

This week, four airlines with cargo operations managed by Total Cargo Expertise — TUI Group Airlines, Thomas Cook Airlines, Air Italy, and Air Transat — implemented a ban, barring the laptops from being brought onto the carriers’ planes as cargo, according to an internal notice obtained by Bloomberg News.

“Please note that the 15-inch Apple MacBook Pro laptop, sold between mid-2015 to February-2017 is prohibited on board any of our mandate carriers,” a TCE operations coordinator wrote to employees.

A spokesperson for TUI Group Airlines said airport staff and flight attendants will start making announcements about these MacBook Pros at the gate and before takeoff. Laptops that have replaced batteries won’t be impacted, the spokesperson said. The company also posted a notice on its website banning the recalled computers on board, in both cargo and passenger areas of its planes. It’s unclear what efforts will, if any, be made at U.S. airports.

“Customer safety is always Apple’s top priority, and we have voluntarily decided to replace affected batteries, free of charge,” Apple said in a June statement. Once new batteries are installed in the laptops, customers are free to fly with the computers.

According to a Canadian notice from June, about 432,000 MacBook Pros sold in the U.S. were included in the recall. Roughly 26,000 units sold in Canada were impacted, too, while the number sold in Europe hasn’t been disclosed.

In a July 10 tweet following an incident involving a MacBook, the FAA said “recalled #batteries do not fly.”

The MacBook Pro isn’t the first consumer tech device to be barred from airlines. In 2016, Samsung Electronics Co.’s Note 7 was banned from U.S. flights due to a fire hazard after the handset’s battery exploded in multiple incidents. Recently recalled laptops like those from HP Inc. may also be banned by the FAA’s rules.

While there have been repeated incidents of phones, laptops and other devices overheating and catching fire in passenger compartments of planes, it hasn’t ever caused a fire to spread. The flames can be extinguished with water and flight attendants are trained how to address it. There have been at least three accidents, two of them fatal, on cargo airlines since 2006 in which lithium batteries were suspected of helping spread fires. Stricter rules on shipping them have been introduced since then.

U.S. aviation regulations prohibit carrying recalled batteries on flights unless they’ve been replaced or stored in special packaging that inhibits fires, according to FAA guidelines on hazardous materials.

To contact the reporters on this story: Mark Gurman in Los Angeles at mgurman1@bloomberg.net;Alan Levin in Washington at alevin24@bloomberg.net

To contact the editors responsible for this story: Tom Giles at tgiles5@bloomberg.net, Alistair Barr, Mark Milian