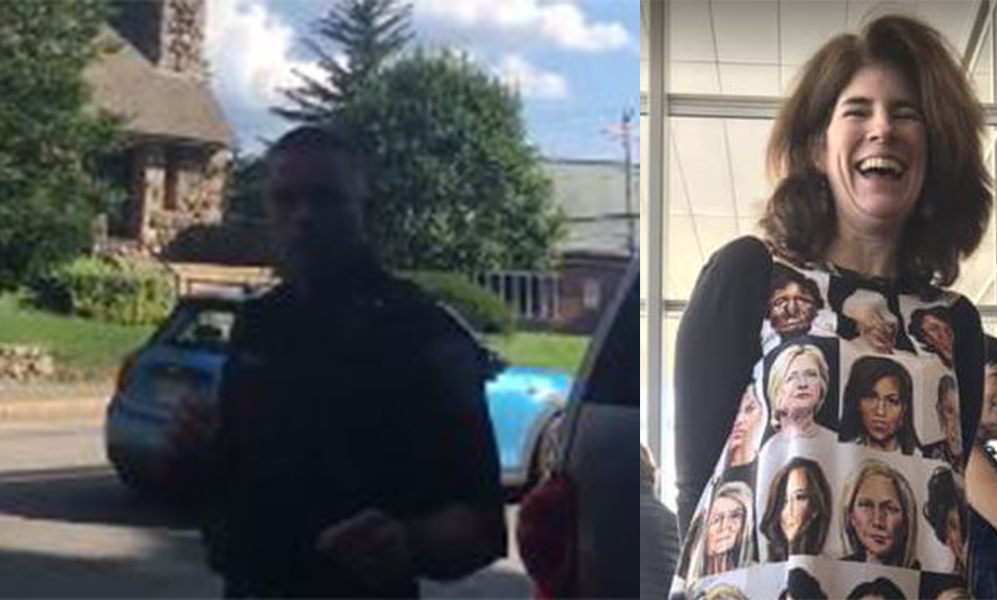 A Weston Massachusetts woman attempted to interfere with a police investigation after she saw officers pull over two people and began to process their car for having an expired registration.

According to the online video posted by Mary Ellen Sikes, she first asked the couple if they felt the traffic stop was for a “good reason.” After initially answering yes, the woman then reverses course saying it was not justified. That’s when Ms. Sikes turns toward the officers and begins to confront and question them about their actions.

Ms. Sikes first tells the officer she believes people of color are being wrongly profiled by the department because they are not driving a luxury car brand.

She then questions why the officers pulled this specific couple over for an expired registration despite a 21 sticker being on the vehicle’s plate.

The officer calmly explains the law to Ms. Sikes by first telling her that the officers have the right to run any plate they wish and that registration stickers can be falsified.


Another officer then gets into the discussion and disputes the woman’s claim of racial profiling by saying, “you see people that are African American and you think they’re stopped based on their color, that’s you’re, I’m sorry you live your life that way.”

Finally, a supervisor shows up and explains to the woman that what the officers are doing is within the law and the couple has violated it by driving a car with an expired registration.

The video ends as the supervising officer telling Ms. Sikes that she can record, but that she needs to step back because she is interfering with police business.

Rioter knocks himself out after jumping off a moving police cruiser