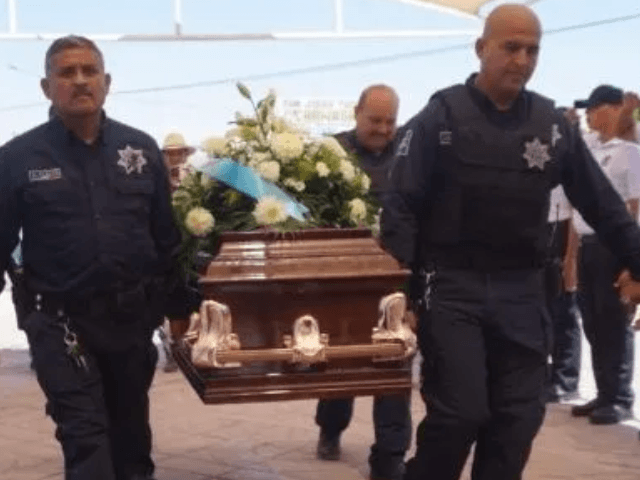 A municipal police officer in San Luis Rio Colorado, Sonora, was killed by multiple cartel gunmen near Arizona. This marks the 16th police death in 2019 for the border state.

Alex Iván Gámez Navarro, 27, was gunned down last Thursday at approximately 10 pm while off-duty in his personal vehicle. According to witnesses, an older model GMC SUV occupied by multiple gunmen pulled alongside Gámez’s vehicle and opened fire. Gámez’s vehicle came to a stop shortly thereafter and responding emergency personnel discovered he was already deceased from multiple wounds. The suspect vehicle was able to flee, according to local media reports.

According to initial accounts from the Sonora State Attorney General’s Office, Gámez participated in a violent confrontation two nights earlier in the Gulf of Santa Clara where cartel gunmen fired upon police. The Tuesday night confrontation began at approximately 10:20 pm when three San Luis Rio Colorado officers were at a gas station and came under attack from cartel gunmen in two vehicles. Officers were able to repel the initial wave and one of the vehicles described as a Suburban eventually fled, but a second vehicle described as a GMC Sierra stayed behind to maintain the engagement. The shooters eventually fled on foot, abandoning weapons. A dead gunman was identified as Francisco Antonio “El Pancholín,” 29, a local resident.

Responding security personnel of the municipal and state police as well as elements of the Mexican army began to circulate the area searching for the escaped gunmen. A Suburban was located abandoned several hours later, equipped with homemade armor with bullet strikes. Investigative personnel are attempting to determine if Gámez’s involvement in the Tuesday night confrontation was a motive for being targeted thereafter. Officer Gámez was laid to rest with full honors Saturday.

Sonora provides valuable drug and human smuggling routes into the United States, which are the primary cause of violence between rival cartels and law enforcement.

Robert Arce is a retired Phoenix Police detective with extensive experience working Mexican organized crime and street gangs. Arce has worked in the Balkans, Iraq, Haiti, and recently completed a three-year assignment in Monterrey, Mexico, working out of the Consulate for the United States Department of State, International Narcotics and Law Enforcement Program, where he was the Regional Program Manager for Northeast Mexico (Coahuila, Tamaulipas, Nuevo Leon, Durango, San Luis Potosi, Zacatecas.) You can follow him on Twitter. He can be reached at robertrarce@gmail.com.