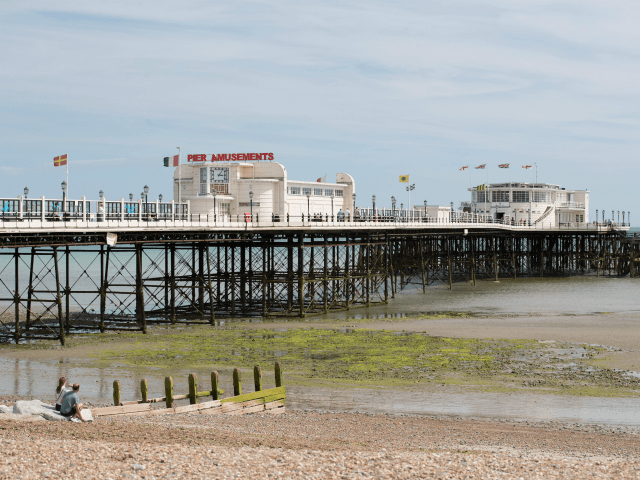 Worthing beach in the south of England has been evacuated after what police have called a “hazardous material incident”, with members of the public reporting cases of vomiting and sore eyes.

Sussex Police released a statement just before 12:40pm on Sunday afternoon confirming that emergency services were “responding to a hazardous material incident in Worthing”.

“A small number of people have reported symptoms including sore eyes and vomiting. The investigation is ongoing and we will release more information as soon as we are able to,” the statement added.

As a result, parts of Worthing, West Sussex, were evacuated, with police clearing the pier, beach, and surrounding area, according to ITV, with a cordon set up along the seafront from Windsor Road to Grand Avenue.

SECAmb was called following reports that a small number of people were suffering sore eyes and vomiting on the beach at Worthing. We have sent an initial response but have no further information at this time.

Residents have been told to close all doors and windows, and a member of staff at the local Coast Cafe told the Press Association that people were calm and that “a couple of people were complaining of itchy eyes”.

“They’ve cleared the seafront and we’ve got the windows closed and are locked in,” she added.

One local resident, Brenig James, told Mirror Online: “We were calmly evacuated from the pier. I asked a police officer if there was danger to life and I was advised that there wasn’t likely to be but head towards town to be sure.

“I heard a message on his radio stating two casualties with stinging eyes.”

Two years ago to the month, emergency services, including a full decontamination unit, were called to Birling Gap beach in East Sussex — 35 miles to the east of Worthing — after a chemical “haze” of unknown origin rolled in off the sea, causing coughing, itching eyes, and in some cases vomiting, with around 150 people seeking medical attention at nearby Eastbourne General District Hospital.

This story is developing…

‘I’m a Liberal Who Thinks Immigration Must Be Restricted’

Pelosi: I Want Trump ‘to Know That He Is Impeached Forever’

‘I’m a Liberal Who Thinks Immigration Must Be Restricted’

Pelosi: I Want Trump ‘to Know That He Is Impeached Forever’