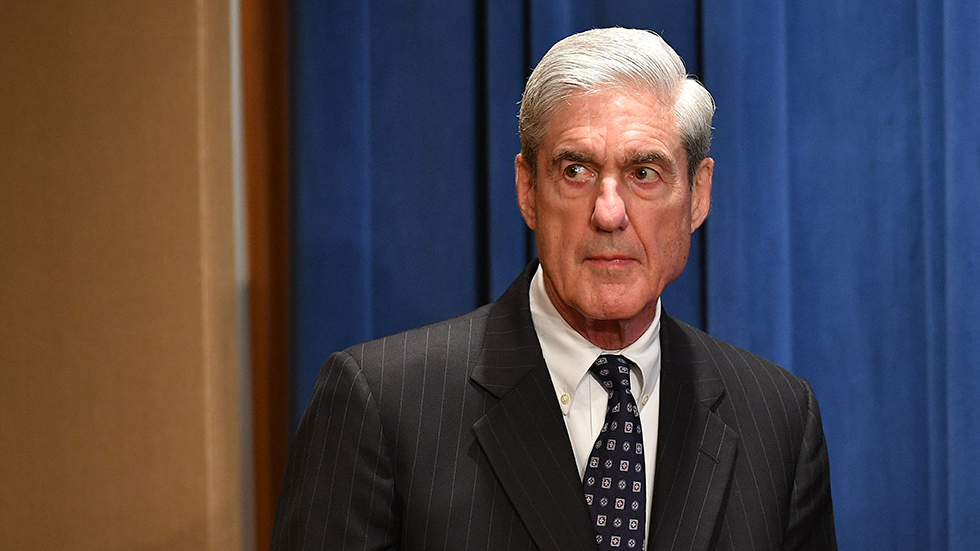 Democrats are working to solidify their strategy to effectively question Mueller in the limited time they have.

Democrats say their plans are still in flux and that they’re still negotiating with Mueller and his team over the logistics of the appearance.

As of Thursday, Mueller’s testimony was set to be capped at roughly two hours per committee.

But given the two hours of time per committee, lawmakers will have just a few minutes to ask their questions.

Adding a layer of complication are murmurs the Justice Department is seeking to block or limit the private testimony of two of Mueller’s deputies, something that could shake up the agreement.

Democrats on the Judiciary panel said Thursday they are eager to nail down a strategy and format that effectively elucidates key details from Mueller’s sprawling 448-page report in the limited time frame.

“We’ve got to be strategic, we’ve got to understand why we want to talk to him in the first place and that’s to get answers to some unanswered questions,” said Rep. Val Demings

Valdez (Val) Venita DemingsDemocrats bristle as Hicks appears for daylong Capitol Hill testimony Democrats fume, say Hicks declines to answer questions 2020 Democrats mark three years since Pulse nightclub shooting MORE (D-Fla.), who is a member of both panels questioning Mueller. “Wednesday will be here before we know it and we need to make sure that we utilize that time in the most effective and most efficient way.”

Democratic Judiciary members held a closed-door meeting Wednesday evening to discuss strategy. Members emerged saying little about their talks or their frustrations about the crunched schedule for questioning Mueller.

“Lots of suggestions and hybrid approaches have been put forward and I know they’re considering all of them,” Rep. Madeleine Dean

Jerrold (Jerry) Lewis NadlerNadler apologized after repeatedly calling Hope Hicks ‘Ms. Lewandowski’ at hearing Hope Hicks: Trump campaign felt ‘relief’ after WikiLeaks released damaging info about Hillary Clinton House hearing marks historic moment for slavery reparations debate MORE (D-N.Y.) over the negotiations for Mueller’s testimony. They accused him of ceding time to lawmakers on the Intelligence panel and allowing Mueller to dictate the terms. Several Republicans voiced outrage that they would not be able to ask questions of Mueller, whose investigation several of them have criticized.

Matthew (Matt) GaetzCongress should step up on the threat of war with Iran This week: Lawmakers return as Amash fallout looms State: 2001, 2002 war authorizations don’t apply to Iran except ‘to defend US or partner forces’ MORE (R-Fla.) at one point asked if Nadler would be willing to negotiate with Republicans on changing the five-minute questioning format to three minutes by unanimous consent so that more members could have the opportunity to question Mueller. Nadler noted that members could yield their time to others on a voluntary basis, before saying he is open to reasonable suggestions regarding the format.

Democrats have also acknowledged frustrations over the time restrictions, but they did not take issue with Nadler over the setup.

“Yes. I don’t know how that is going to be resolved,” Rep. Ted Lieu

Other members who aren’t likely to question the former special counsel said they are happy that the committee will broadly be able to hear from Mueller, with some noting that they will have the subsequent opportunity to question Mueller’s deputies behind closed doors.

“My focus is not on frustration,” Rep. Lou Correa

Jose (Lou) Luis CorreaSteyer group targeting 12 congressional Democrats over impeachment Dems demand documents on Trump ‘sanctuary city’ plan Wasserman Schultz: ‘We need a President, not a comic book villain’ MORE (D-Calif.) said. “I want to hear from Mueller — what Mueller meant with his report … It’s important to get him out there in front of the cameras so the world can know.”

Jamin (Jamie) Ben RaskinOversight Committee seeks for-profit immigration center contractor documents The Hill’s Morning Report – 2020 jitters hit both parties in the Senate Oversight chair calls on Acosta to testify amid Epstein scrutiny MORE (D-Md.) said he believes there will be a lot of “deliberation and reflection” by committee members in coming days over how to question Mueller.

“I’m more likely not to get to ask questions than I am to get to ask questions, but I’m not uptight about it just because I think we are basically going to script this, we’re going to offer the special counsel the opportunity to restate some principal conclusions and findings that are in the report in his own words and his own voice,” Raskin said.

Democrats largely avoided discussing the ongoing format negotiations during the markup Thursday. Nadler declined to address why he agreed on such a format when asked to do so by Rep. Martha Roby

Nadler said it was “beyond the scope” of the markup, which was scheduled to debate a resolution authorizing subpoenas for Trump officials and immigration documents and other bills.

“I thought that was a non sequitur,” Dean said after the markup. “I don’t know why they were making those arguments or speaking on behalf of equal members of the committee. We don’t really need the Republicans to tell us how we are feeling.”

Nadler’s staff has held the private negotiations regarding testimony from Mueller and his deputies close to the chest, leaving even members and their staff in the dark.

The current setup, which the committee acknowledges is fluid, allows for Democrats and Republicans to separately have about an hour of questioning beginning at 9 a.m. The length of opening statements may also impact the duration of the interview.

Thirteen Democrats and six Republicans will not have the opportunity to question Mueller under the current plan. In most cases, the newer members in Congress and on the committee will be excluded.

If Mueller’s deputies, Aaron Zebley and James Quarles, do not come for a closed-door interview, those members also will not get to question anyone on the special counsel’s team about the investigation.

The Intelligence Committee hearing is slated to begin at 12 p.m.

While there are three members who sit on both committees — two Democrats and one Republican — it is unclear whether they will have two separate opportunities to ask questions, or if they will have one session to press Mueller.

Broadly, Democrats say they’re leaving it up to Nadler to decide on the ultimate format for the hearing but noted many members have offered suggestions. It’s unclear when the committee will solidify its plans.

Amid the uncertainty, Speaker Nancy Pelosi

Nancy PelosiPelosi reportedly told Trump deputy: ‘What was your name, dear?’ White House withdraws controversial rule to eliminate drug rebates The Hill’s Morning Report – 2020 jitters hit both parties in the Senate MORE (D-Calif.) said Thursday that she won’t intervene in the mechanics of the hearings, even if lower-ranking lawmakers on the committee come to her with concerns.

“We’re very pleased that the … former special counsel will be coming, but I have confidence in our committee chairs [Nadler and Schiff]. … They’ll handle it very well,” she said. “I wish we had more time, but I’m glad we have the time that we have. But I don’t see a role [for me].”

“As far as … distribution of timing in committees, I’ll leave that up to the chairmen,” she added.