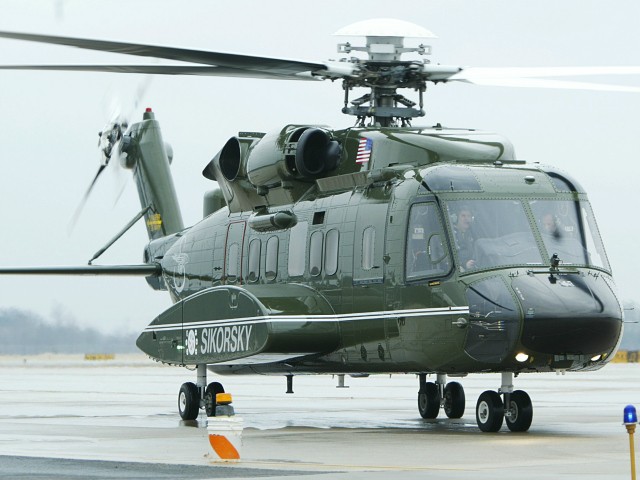 Lockheed Martin’s Sikorsky helicopter plant in Pennsylvania has announced it will keep its doors open, thanks to President Donald Trump’s request.

“At the request of President Trump, I took another look at our decision to close the Coatesville, PA, facility and have decided to keep it open while we pursue additional work,” said chairman and CEO Marillyn Hewson in a statement issued Wednesday.

“It’s a good operation with an excellent workforce. We look forward to working with the government and PA Congressional delegation to find more for this facility,” she wrote.

The decision will save more than 400 jobs that employees were afraid would soon be eliminated due to a “multi-year slump in the rotorcraft industry,” Reuters reported.

Pennsylvania Sen. Pat Toomey (R-PA) praised the move in a statement Wednesday, saying he is thankful to President Trump for working toward this goal. He wrote:

Lockheed Martin’s commitment to keep operational the Sikorsky helicopter plant in Coatesville provides short-term certainty for 465 workers, who were expected to either lose their jobs or be re-located later this year. Many thanks to President Trump, my congressional colleagues, and community leaders with whom I worked to prevent the plant’s immediate closure. I remain dedicated to supporting the workers in Coatesville and will remain engaged on this issue.

However, Pennsylvania Sen. Bob Casey (D-PA) voiced his concern in a statement Wednesday about the long-term job status of plant employees.

“While this announcement is an encouraging first step, I am concerned that the announcement lacks a specific plan to bring new work to the Coatesville facility that would keep the plant open beyond the next several months,” he wrote.

“I was just informed by Marillyn Hewson, CEO of Lockheed Martin, of her decision to keep the Sikorsky Helicopter Plant in Coatesville, Pennsylvania, open and humming! We are very proud of Pennsylvania and the people who work there,” he said. “Thank you to Lockheed Martin, one of the USA’s truly great companies!”

The president again commented on the move Thursday by tweeting, “So happy that I was able to keep Sikorsky Helicopter in the Great State of Pennsylvania. KEEP AMERICA GREAT!”