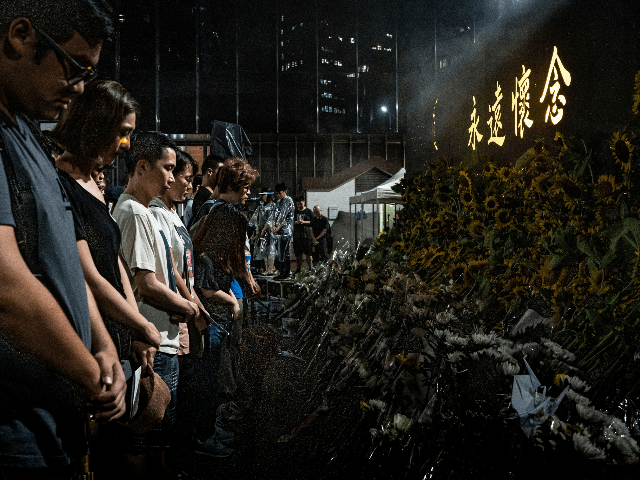 A group of pro-democracy activists in Hong Kong continued a hunger strike that entered its eighth day on Thursday over a proposal that would allow the extradition of anyone in the city accused of crimes by communist China.

Insisting that the extradition bill “is dead,” Carrie Lam, the chief executive in Hong Kong, has so far this week failed to convince protestors to surrender their cause.

Some protesters complain that Lam did not implement any mechanism to completely withdraw the bill or agree to step down as demanded by the demonstrators.

Last Wednesday, Roy Chan – a preacher at the Good Neighbourhood North District Church – began the [anti-extradition bill] hunger strike, which has since evolved into a ten-person protest. Participants are aged between 16 and 73.

Chan said no government officials had visited them during the week. He said the government has not been trying to communicate with the public, nor have they agreed to their demands. They are calling for a complete withdrawal of the extradition bill, the formation of an independent commission of inquiry into police behavior, the retraction of the “riot” characterization of the June 12 protests, and an unconditional release of all arrested protesters.

Chan said that doctors examine the protesters participating in the strike three times each day, but conceded that the demonstrators would not be able to continue for much longer.

“He said there were two to three others who were willing to step in and carry on with the hunger strike, once the first batch end theirs,” HKFP reported.

Chan is the oldest hunger striker at 73 years old.

“We will have to protest for a long time, and it’s not just a business of ‘one day.’ That is why we need to treasure our lives, protect ourselves and protest against this unjust and apathetic government,” he proclaimed.

Since early June, millions in Hong Kong protesters have taken to the streets in response to an extradition bill introduced this year by the Legislative Council (LegCo), the partially democratic lawmaking body of the semi-autonomous Chinese region.

The bill would allow Beijing to extradite an alleged criminal in the city, regardless of whether or not they are Chinese, into the mainland territory controlled by the Chinese Communist Party.

Citizens of Hong Kong, a metropolis located on the southern coast of China that also includes some offshore islands, are afforded freedoms not enjoyed in the communist mainland, notably freedom expression, including the freedoms to protest and the press, and a much-cherished independent legal system.

Protesters fear that the extradition law could force Hong Kong residents to languish in a Chinese prison for criticizing communist Beijing in the presumed free city.