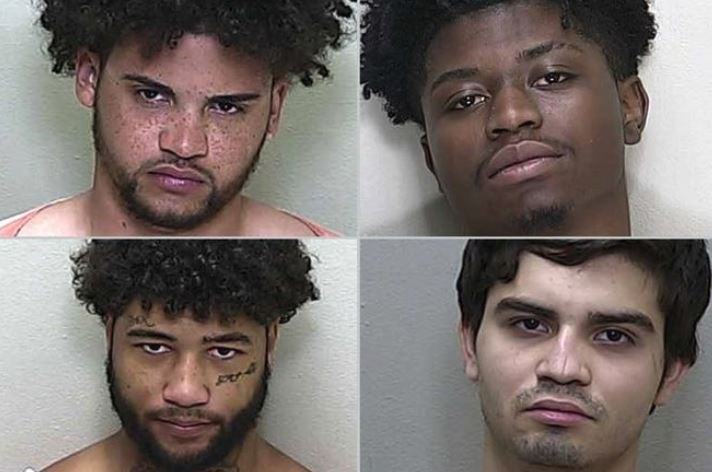 Two men believed to be intruders were shot to death and a homeowner was injured during an apparent home invasion in Summerfield on Wednesday night.

Marion County sheriff’s deputies detained two other men who may have been involved in the incident, according to sheriff’s officials on scene. The names of those involved were not available Wednesday night.

Deputies said they responded to the 14900 block of Southeast 32nd Court Road in Summerfield in response to a report of shots fired. They got the call at 8:21 p.m.

When deputies arrived, they found one man dead inside the home and two others, one of whom is the homeowner, with gunshot wounds. While searching the area, deputies found the other two men.

Deputies said four men entered the property, which is surrounded by dense woods on a single-lane dirt road. The distance from a gate to home is roughly 300 yards.


Authorities were told that the four men entered the property and one of them entered the home and was hit by gunfire, apparently from the homeowner. There was an exchange of gunfire and the second intruder was hit, deputies said. He died later at the hospital.

During the gunfight the homeowner was also hit. Later, deputies said he was in serious condition at a local hospital.

Deputies put yellow crime scene tape across the entrance to the property and only allowed essential personnel to enter. The Sheriff’s Office helicopter was overhead for 30 to 45 minutes.

As of 10 p.m., detectives were still investigating the scene.