Why Is Ex-Fox Newser Carl Cameron Joining a Leftist Attempt at a Drudge Report? 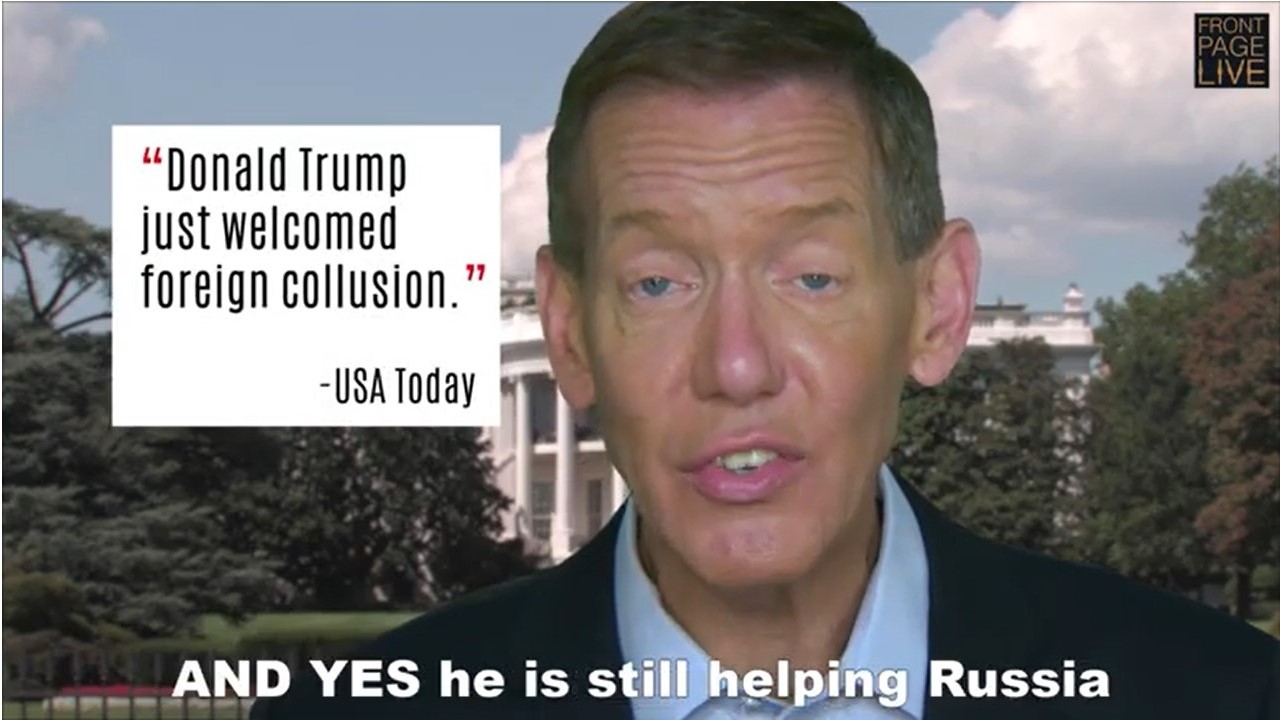 For decades, Carl Cameron was a top political reporter for Fox News. But now he says he left because “right-wing hosts drowned out straight journalism with partisan misinformation.”

He said this in a promotional video for a new left-wing website called Front Page Live, which hopes to be the “antidote” to the Drudge Report. “What’s a former Fox guy doing here on Front Page Live partnering with progressives? Well, it’s about facts, not partisanship.” But Cameron sounds a lot like partisan networks like CNN and MSNBC in this video.

CARL CAMERON: Trump’s a con man. He did collude and coordinate with Russia to get elected. He encouraged them to intervene in the 2016 campaign on live television. We all saw it. And recently, he said he’d accept their help again because he sees nothing wrong with it. We saw that, too. And yes, he is still helping Russia by refusing to take strong actions to protect us from a future cyber attack.

This is a state of emergency. Our next elections and democracy are at potential risk. My job, what I do, is inform.That’s it. Make your own decisions. Just please be accurately informed! Front Page Live is a powerful resource for anyone who wants real facts over partisan propaganda.

“Gee, we’re not partisans. It’s just that Trump colluded with Russia and he’s putting our democracy at risk.” Riiiight.

Anyone glancing at this website sees sections on “#Climate Crisis” and “#RadicalRight.” It’s an attempt at Drudge for liberals. Except Cameron promised there would be “ACT NOW” buttons for people to get involved in campaigns. They link to articles pushing concepts like “The Green New Deal is surprisingly popular.”

Justin Wise of The Hill newspaper reported Cameron is teaming up with Joe Romm, a leftist climate scientist/activist who served in the Clinton administration:

“We are trying to be a place that will save people time because it’s simply way too hard for anyone to sip quality water from the open fire hydrant that is online news and social media — especially because there is so much sewage thrown in,” he added.

Romm told Erik Wemple at The Washington Post that he views the organization as a “viralizing engine” for the left. “I came to realize that there were just huge gaps in the progressive infrastructure … There is no progressive content aggregator.” But everyone on staff is working half-time for now.

Cameron suggested to Wemple he was always more of an Acosta guy than a Fox News guy:

“I kept my personal beliefs very very to myself while I worked at Fox,” says Cameron, who notes that folks made assumptions about those beliefs based on his employer. “Some of my happiest moments at Trump rallies in 2016 was when the rally audience would be offended because I was hanging out with Katy Tur [of NBC News] or Jim Acosta [of CNN]. I thought that was just hilarious, because they thought that I was somehow cavorting with the enemy. It was like, no, actually, I was cavorting with my colleagues.”