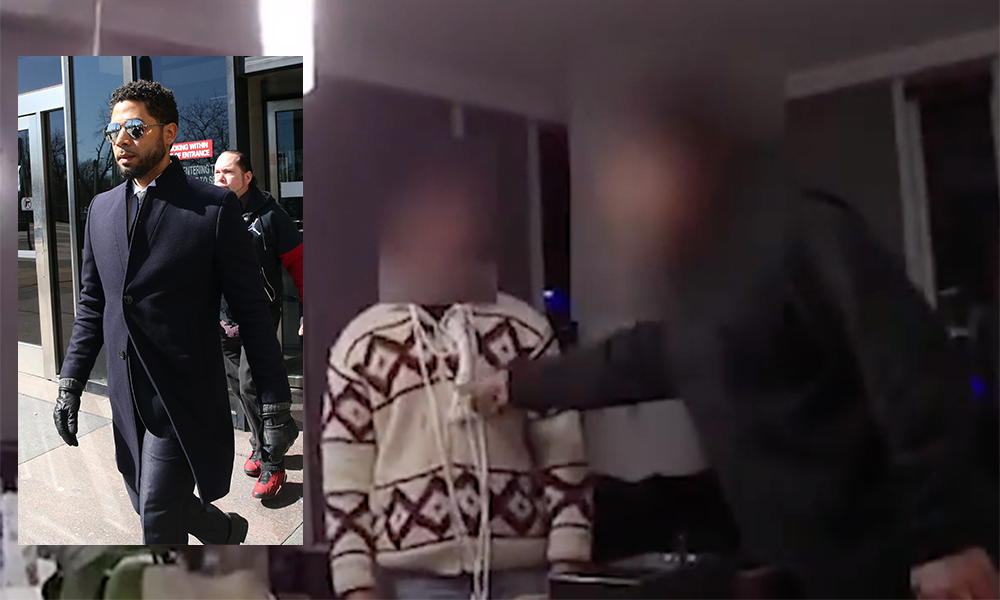 “Do you want to take it off or anything?” an officer asks Smollett in the body cam footage from January, which shows the actor, wearing a cream-and-red sweater, with a tangle of white rope around his neck.

He also pointed out what he described as “bleach” on him.


At one point, Smollett also asked officers to turn their body cameras off, saying he didn’t want to be filmed, after his creative manager pointed out the recorders.

Another video shows the Osundairo brothers, Abel and Ola, who were allegedly paid $3,500 to help Smollett stage the attack, in a taxi shortly before 1:30 a.m., wearing all white. One brother appears to be wearing a mask.

On Jan. 29, Smollett claimed he had been attacked by two men who shouted racist and homophobic slurs at him, wrapped a noose around his neck and poured bleach on him. Less than a month later, he was accused of staging the attack and was charged with 16 felony counts for filing a false police report.

The charges were dropped in March in a controversial move by the Cook County State’s Attorney Kim Foxx, despite disapproval from Mayor Rahm Emanuel and Chicago Police Department Superintendent Eddie Johnson.

The Osundairo brothers sued Smollett’s lawyers in April, claiming that the attorneys, Mark Geragos and Tina Glandian, falsely accused them of carrying out a hate attack on the actor.

Cook County Judge Michael Toomin announced Friday that Smollett’s criminal case will face another review by a special prosecutor and said that the actor, who he described as a “charlatan who fomented a hoax the equal of any twisted television intrigue,” could face additional charges.

Smollett has maintained his innocence.