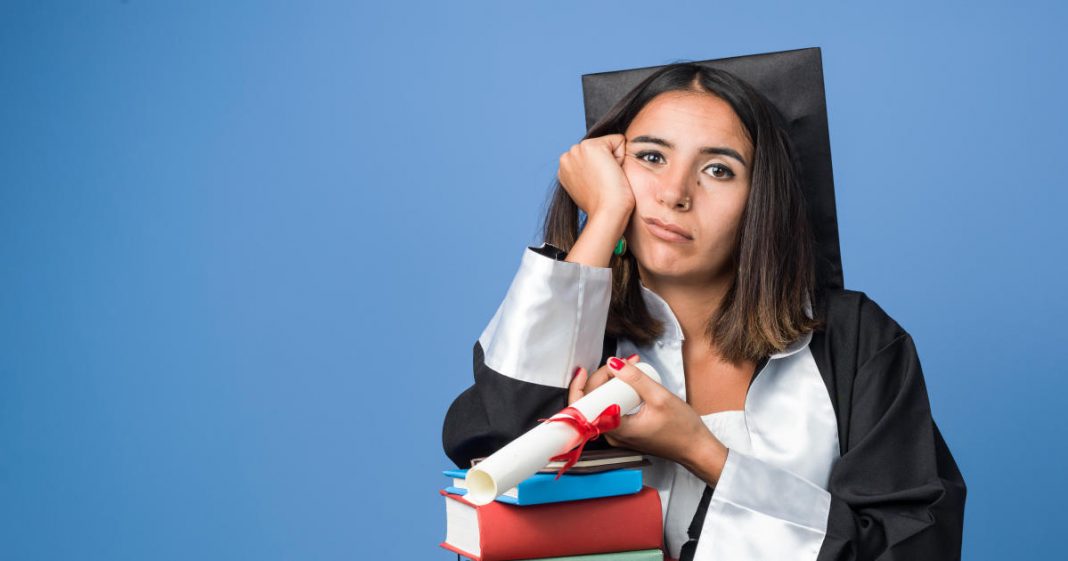 A college education is still considered a pathway to higher lifetime earnings and gainful employment for Americans. Nevertheless, two-thirds of employees report having regrets when it comes to their advanced degrees, according to a PayScale survey of 248,000 respondents this past spring that was released Tuesday.

Student loan debt, which has ballooned to nearly $1.6 trillion nationwide in 2019, was the No. 1 regret among workers with college degrees. About 27% of survey respondents listed student loans as their top misgiving, PayScale said.

The findings illustrate why education loans burdening millions of Americans have become a hot-button issue among some Democratic presidential candidates. Most recently, Sen. Bernie Sanders on Monday proposed a plan to impose a tax on Wall Street trading and use the proceeds to erase that $1.6 trillion of debt.

About 70% of college students graduated with student loan debt this year, averaging about $33,000 per student. And as younger grads pay off student loan balances, they’re struggling to accumulate wealth or are putting off purchasing homes — some millennials are even struggling to purchase groceries.

It’s not just millennials. Baby boomers are taking on student loan debt either to help cover college costs for their children or to retrain themselves for a workplace transformed by increased automation, cloud computing and other labor-saving technologies. Some Americans age 62 and older are using their Social Security benefits to pay off more than $86 billion in unpaid college loans.

College debt was followed by chosen area of study (12%) as a top regret for employees, though this varied greatly by major. Other regrets include poor networking, school choice, too many degrees, time spent completing education and academic underachievement.

Most satisfied: Those with science, technology, engineering and math majors, who are typically more likely to enjoy higher salaries, reported more satisfaction with their college degrees. About 42% of engineering grads and 35% of computer science grads said they had no regrets.

In the middle: In between the other two categories were 66% of business graduates, 67% of health sciences graduates and 68% of math graduates who said they regretted their education.

At least one sector of employment bucked the trend: Teachers and other professionals in education, which isn’t typically a high-paying profession, were the second-least likely, after engineering grads, to have any regrets tied to their major, with 63% saying they had no regrets.

Broken down by generation, older Americans were more likely to report that they have no regrets about their education. Among baby boomers, or 51% said they have no college regrets, making them the only demographic with a majority reporting no regrets. In contrast, just 37% of Gen Xers and nearly 29% of millennials reported no regrets.