Home Conservative Life Trump to give Medal of Honor to former Army staff sergeant who... 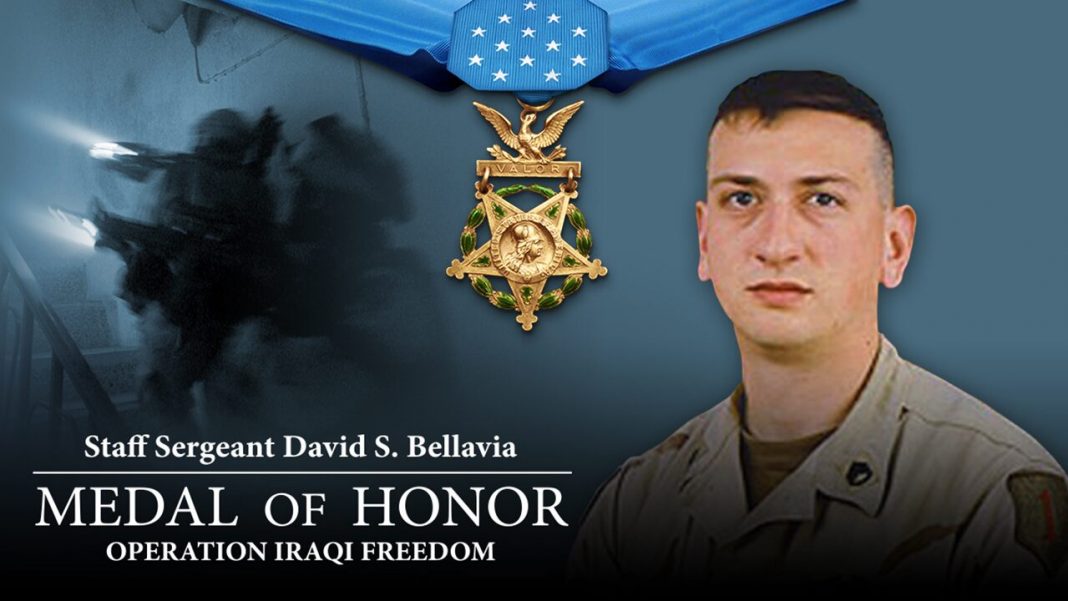 President Donald Trump will award the Medal of Honor on Tuesday to former Army Staff Sgt. David G. Bellavia for his actions as a squad leader in Fallujah, making him the first living Iraq War veteran to receive the recognition.

During Operation Phantom Fury in 2004, Bellavia’s platoon was pinned down while clearing a block of houses. Bellavia then exchanged his M16 rifle for an M249 Squad Automatic Weapon and entered the house where his squad was trapped to provide cover fire so the soldiers could exit safely, the White House said.

“A Bradley Fighting Vehicle arrived to help suppress the enemy, but it could not fire directly into the house,” it added in a statement. “Then-Staff Sergeant Bellavia re-entered the house… and assaulted insurgents who were firing rocket-propelled grenades.”

There, he engaged five different fighters, pursuing them through the house until the threat was neutralized.

“That remarkable day, then-Staff Sergent Bellavia rescued an entire squad, cleared an insurgent strongpoint, and saved many members of his platoon from imminent threat,” the White House said.

Bellavia was released from the Army in August 2005 after serving for six years and has been awarded the Silver Star, Bronze Star and the New York State Conspicuous Service Cross. He wrote about the battle in a 2007 book, ”House to House: An Epic Memoir of War .”

Bellavia now hosts a radio talk show on WBEN in Buffalo, N.Y. He said on-air Friday that the experience of being chosen for the Medal of Honor is “very uncomfortable and awkward,” but noted that he wants to represent Iraq War veterans, who have not had a living Medal of Honor recipient.

“When you go to basic training, you clean your weapons and you read the citations of these recipients and it’s like they’re superheroes,” Bellavia said. “They’re not real. … I can’t get my head around it. I still can’t.”

The White House said Bellavia “continues to serve the military and veteran communities through a number of philanthropic organizations.”

Bellavia lost a 2012 Republican primary to Rep. Chris Collins. His name is in play once against as Collins’ potential successor as the representative — whose trial on insider trading charges is pending — decides whether he will run for reelection in 2020.

Fox News’ Tyler Olson and The Associated Press contributed to this report.

‘Scariest Thing’ Would Be a Biden Presidency