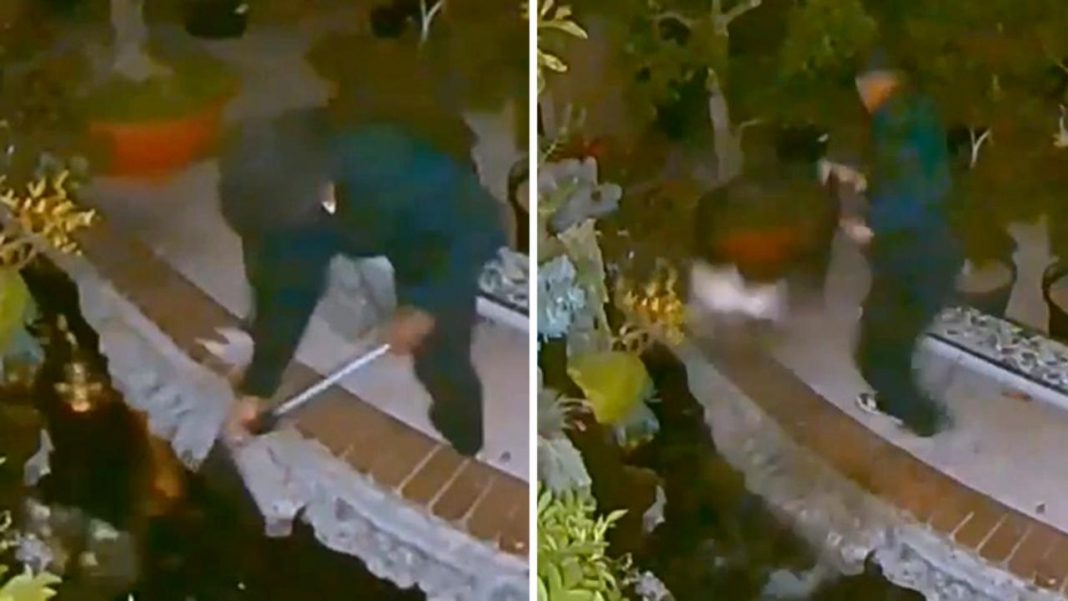 A homeowner in California recently captured someone on camera stealing his pricey fish right from his front yard pond, the latest in a string of thefts from the Los-Angeles area community.

Home security footage shared to the free Neighbors app by Ring shows a man walking up to the pond with a net and catching two Koi fish before running away as the homeowner turns a light on.

This has been the fourth time the home has been hit by Koi thieves since November, KTLA reported.

A local business owner told KNBC-TV that his business was targeted over Memorial Day weekend.

“We reported it to the police and didn’t get anything on it,” Alan Tong told KNBC. “Frustrating? A little bit, because it’s not the first time we got hit. It’s been several times.”

Koi can grow up to 3 feet in length and have an average lifespan of 40 years. They can, however, live to be over 100 years old, with the oldest-known koi living to the age of nearly 230, according to the Smithsonian’s National Zoo.