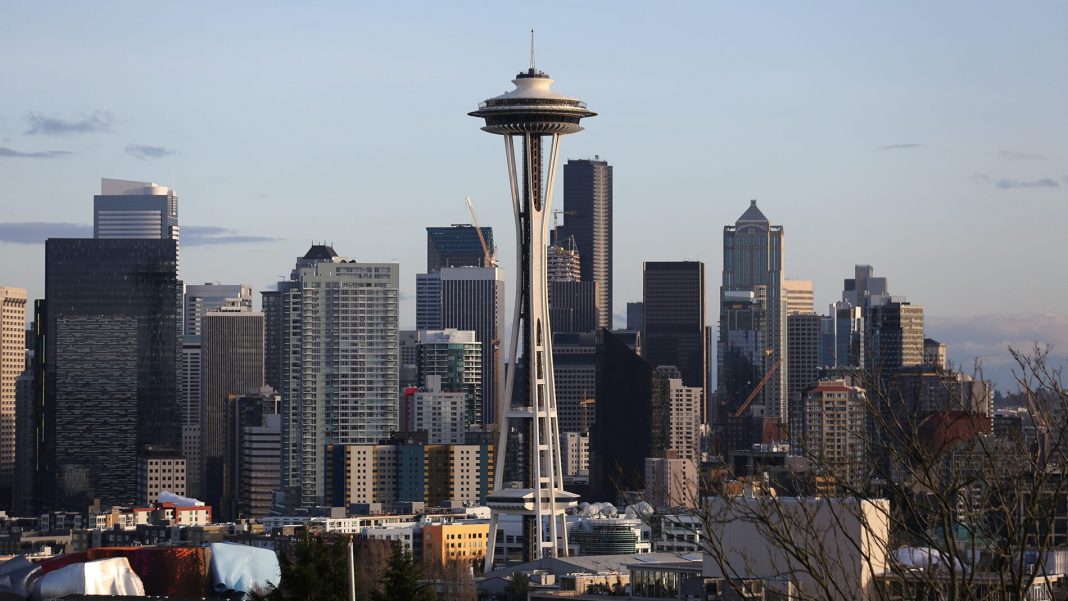 All nine members of the Seattle city council signed a letter in support of a “Green New Deal for Seattle” on Monday, endorsing a series of policies laid out in a petition by two climate groups.

“We admire how clearly you have articulated what a just and sustainable future for Seattle looks like,” the council members said of the petition that called for, “a transformative Green New Deal for Seattle that will eliminate our city’s climate pollution by 2030, address historical and current injustices, and create thousands of good, green, well-playing, unionized jobs.”

The petition by Got Green and 350 Seattle also calls for the city to provide “free electric transit for all Seattle neighborhoods,” tens of thousands of affordable housing units and a full transition from fossil fuel heating to electric heating for 160,000 homes in the city.

The letter adds that “the Green New Deal must roll out universal access to filtered air spaces and cooling centers for the public,” and demands, “local, just and carbon-free food systems.”

“The research is clear that the fossil fuel industry has caused immeasurable harm,” City Attorney Pete Holmes told reporters Monday. “And I intend to do everything in my power to make sure that … the industries that exact harm on our nation, on our planet, are going to be held accountable. Even if the administration in Washington, D.C. is falling down on that job.”

In the same press conference, Councilmember Teresa Mosqueda said a Green New Deal is urgent to get ahead of dire climate predictions.

“My daughter is going to be 31 in 2050,” she said. “We just saw headlines saying that in 2050 there’s going to be a crisis across this globe. Now is the time for us to package all of these items together and today say no more delay.”