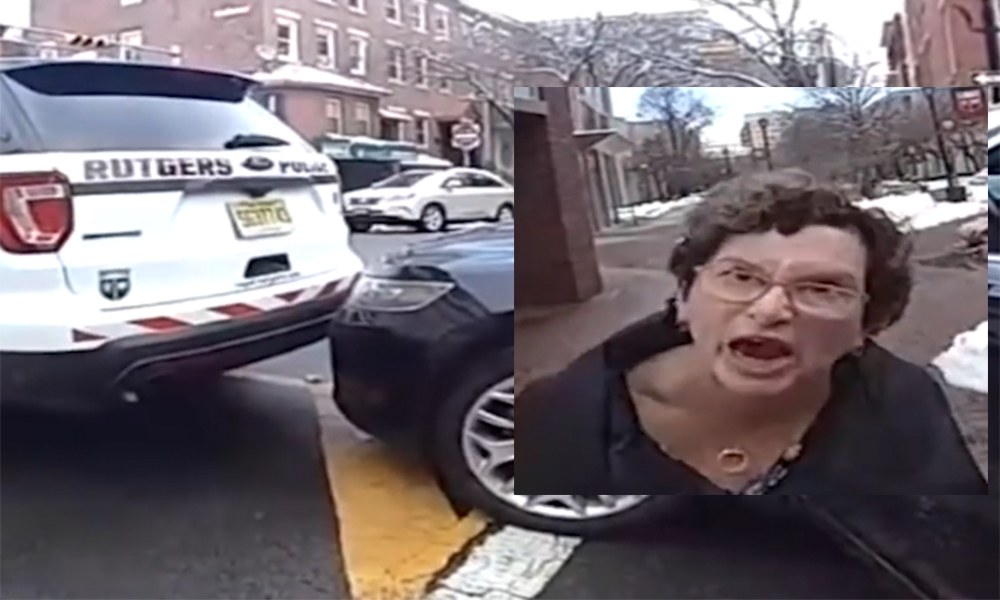 The haughty chancellor of Rutgers University learned a lesson the hard way after she watched police video of herself going off on officers at the scene of a traffic crash.

The minor crash, which took place in March, involved Rutgers-Newark Chancellor Nancy Cantor, who became angry because she couldn’t leave the scene of the accident until all the details were gathered.

Cantor was expected at the airport, according to Syracuse.com, and felt it was appropriate to “pull rank” on the university police.

“I’m the chancellor!” she shrieked. “If I miss my plane you folks are in trouble!”

The high-and-mighty chancellor would have to wait, however, she was eventually sent on her way without a citation.


While the incident went unnoticed until earlier this month, the chancellor suddenly had a change of heart after a local media station acquired the police footage.

“The chancellor just recently saw the video of the incident from several months ago and reached out to the officers with an apology. They have responded with appreciation for her sentiments,” Rutgers-Newark said in a statement.

Peter McDonough, Rutgers’ senior vice president for external affairs at the main New Brunswick campus, implied that the matter should be put to rest.

“The chancellor saw the video, apologized, and her apology was accepted by those involved,” he said. “There is really nothing to add to that.”

Cantor makes $417,758 in base pay plus a $56,815 incentive bonus. In addition, she also lives on one of the top floors of the Rutgers skyscraper.