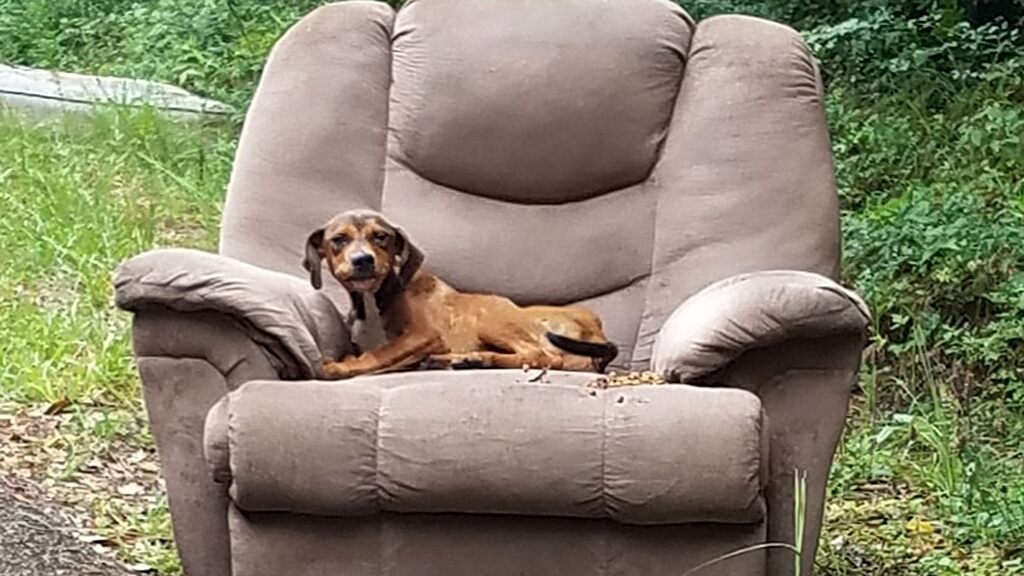 A puppy found abandoned in an armchair on the side of a Mississippi road wouldn’t leave the piece of furniture, hoping its owner would come back, according to animal control.

The animal was discovered on Monday by Sharon Norton, an animal control officer with the Brookhaven Police Department. She said she received a call to “check out this dog” sitting in an armchair in Brookhaven, a roughly 60-mile drive south of Jackson.

Photos of the seemingly emaciated, scrawny-looking brown dog show it laying in a brown recliner armchair, covered with what appears to be some dog food. The dog appears to peak its head as Norton takes pictures of it.

“To the person that dumped this chair, your puppy was waiting for you to come back, slowly starving to death because it was afraid to leave the chair to find food,” Norton wrote in a Facebook post. “Shame on you for doing this to this puppy.. but one day Karma will meet up with you.”

According to WLBT, someone reported seeing the dog dropped off on the side of the road with the chair and a television.

The dog was rescued and will soon be placed up for adoption at a shelter, the news station reported.