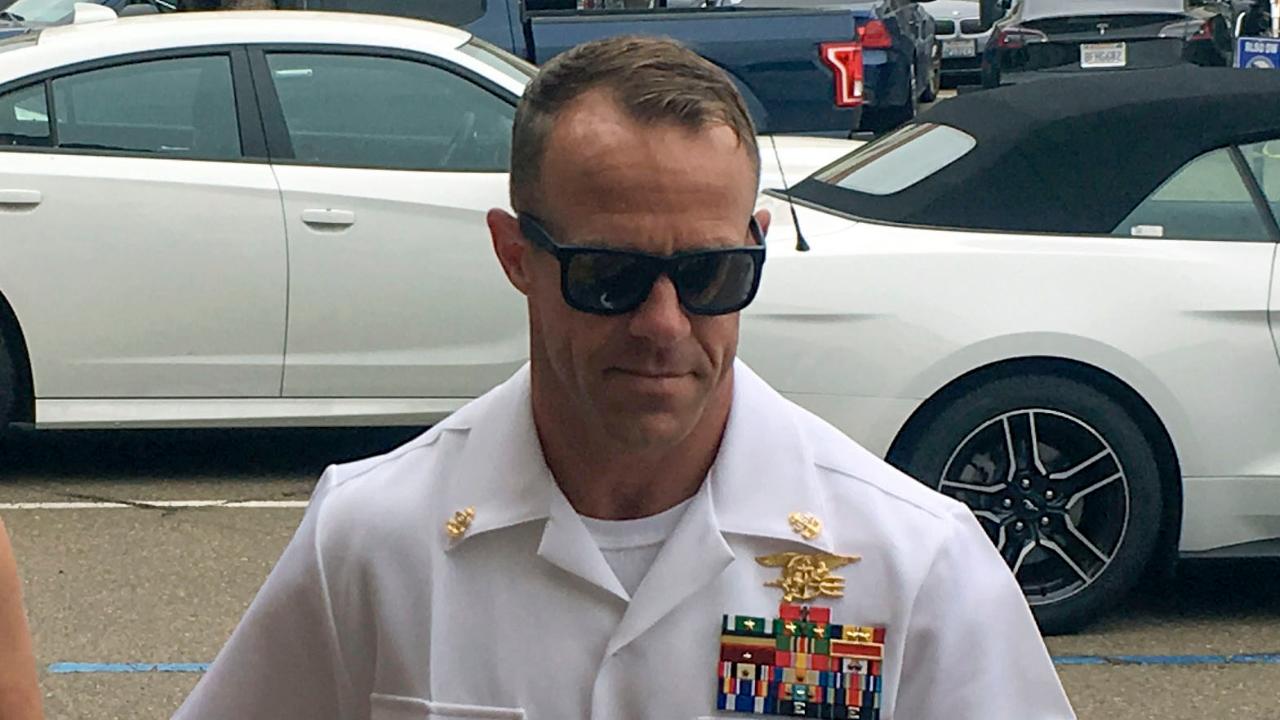 SAN DIEGO- An expert witness called by the prosecution in the court-martial trial of Navy SEAL Eddie Gallagher told the court in a tense exchange Monday that there is no physical or photographic evidence to prove a stabbing occurred in the death of an ISIS prisoner back in 2017.

Dr. Frank Sheridan, a forensic pathologist, told a Navy prosecutor earlier that the alleged victim’s injuries were consistent with a stab wound, but later– when questioned by Gallagher’s attorney– appeared to cast doubt on his earlier comments.

“There is no evidence at all that a stabbing occurred,” said Maj. Nelson Candelario, a Marine defense attorney representing Gallagher.

“As far as you can see, there is no blood on his hands?” Candelario asked, displaying a photo of Gallagher at the scene. “As far as I can see,” the pathologist said.

“Your testimony here is built on possibilities and maybes,” Candelario said, pointing out that there was no autopsy or physical evidence.

Gallagher’s trial has drawn national attention and even a response from President Trump.

Its most dramatic moment came last week when a SEAL Team Seven medic– testifying under an immunity agreement—  told the court that he held his “thumb over his TT tube” until the ISIS teen “quit breathing.” He earlier claimed that he saw Gallagher stab the boy in his neck.

Gallagher, 39,  served nine months in prison while he awaited trial in the fatal stabbing of the 15-year old ISIS fighter in Iraq. He has also been accused of shooting two civilians in the same year, and opening fire on crowds, all claims he has denied.

RETIRED ARMY CAPTAIN: THIS TRIAL IS A DISGRACE

Investigators allege that, while the teen was receiving medical treatment from SEAL medics, Gallagher walked up and stabbed him in his neck and side with a knife, killing him. Then, they say, he posed for photographs with the fighter’s body, holding his head in one hand and his blade in the other.

Those allegations have been called into question by top Iraqi military officials.

In a tense exchange later in the day, Gallagher’s lead defense attorney attacked an agent from the Naval Criminal Investigative Service for “dragging” Gallagher’s children—8 and 18 at the time— to the street during a raid of Gallagher’s home in 2018.

“They were taken out of the house in their underwear,” charged attorney Timothy Parlatore. “Yes, sir,” said NCIS Special Agent James Frank. The agent cited “standard protocol,” explaining that investigators clear a house before searching it.

The trial resumes Tuesday with the lead NCIS investigator on the stand. Special Agent Joseph Warpinski oversaw the investigation into the alleged stabbing and has been accused of misconduct by defense attorneys.

“This is the guy who put his own career ambition ahead of his sworn duty as a law enforcement officer,” Parlatore told reporters after court on Friday. “He’s going to have to answer for a lot of the misdeeds that he has committed over this past two years.”