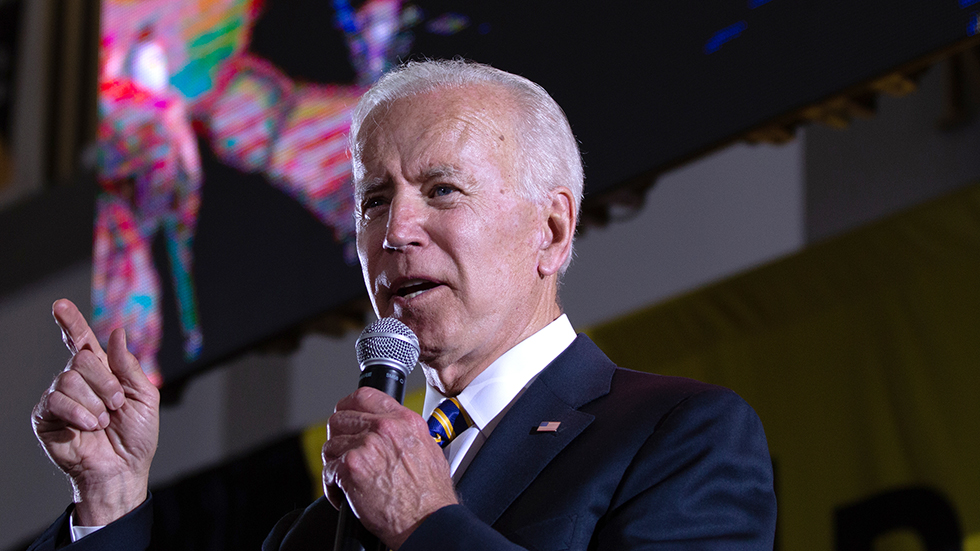 Democrats, get ahold of yourselves. It’s still early in this silly political season, but you’ve already gone off the deep end. There are so many presidential candidates, some of whom have no idea why they’re running, but all of whom are so desperate to get any attention whatsoever and so hungry for a headline, they’ll seize any opportunity to invent a phony excuse to stab another Democrat in the back. With the willing help of the breathless, clueless, political media.

Witness the latest tempest surrounding Joe BidenJoe BidenBiden, Eastland and rejecting the cult of civility Inslee unveils plan to fight fossil fuel pollution Biden lays out immigration priorities, rips Trump for ‘assault on dignity’ MORE, whom 22 fellow Democratic candidates piled on top of, accusing him of being, if not outright racist, then at least insensitive, unprincipled, old-fashioned, or just plain old. And cable TV abetted their cause with endless stories about Joe’s latest gaffe.

This whole flap is total rubbish. And any candidate who took part in it, or any reporter who relished inflating it, should lose his or her political license.

Consider for a moment, with no attempt to demonize or lionize him, what Biden said. To illustrate the point that, unlike the current breed of senators, he knew how to get things done, even in tough times, Biden told supporters at a New York fundraiser that back in his Senate days, on some issues, he even worked with some of the worst, including noted segregationists James Eastland and Herman  Talmadge.

And for that Biden is condemned as a closet racist himself? Among others, Sen. Kamala Harris

Bill de Blasio2020 primary debate guide: Everything you need to know ahead of the first Democratic showdown As the wealthy flee New York, poorest will be most affected Sanders: Biden ‘owes the country an apology’ on ‘civility’ remarks MORE accused Biden of “longing for the good old days of ‘civility.’ ” Sens. Elizabeth Warren

Apologize for what? Give me a break. First of all, Biden was not alone in seeking votes of outright segregationists on certain issues. So did Teddy Kennedy, Birch Bayh, Chris Dodd, Paul Simon, and other Senate liberal giants. And they did so, as Biden later clarified, even though “We in fact detested what they stood for in terms of segregation and all the rest.”

So did President Lyndon Johnson. In fact, one of the greatest political stories of the 20th century is how Johnson, himself a former pro-segregation Southern Democrat, strong-armed Georgia’s Richard Russell and other racist Southern Democrats to secure passage of the 1965 Voting Rights Act. The fact is, there would be no Voting Rights Act if Johnson had refused to deal with Russell. And there would have been no 25-year renewal of the Voting Rights Act in 1982 if Biden and Kennedy had been unwilling to work with Eastland and Talmadge.

You have to wonder. What would Harris and Booker prefer? Are they suggesting that, given the opportunity to pass the most important piece of civil rights legislation, Biden and others should have said: We are so perfect, we will never work with, nor will we ever seek or accept the votes of, anybody who doesn’t agree with us 100 percent? We’ll wait till Alabama and Mississippi elect somebody we agree with 100 percent? That may make the purists feel good, but it’s a recipe for political disaster.

Don’t get me wrong. I’m not supporting Joe Biden for president. At the moment, I’m not supporting anybody. Who knows? Biden may be the nominee, he may not. But I do know this: What Americans want to hear from every Democratic candidate is what their plans are to move this country forward and how they plan to beat Donald Trump

Donald John TrumpConway defends herself against Hatch Act allegations amid threat of subpoena How to defuse Gulf tensions and avoid war with Iran Trump says ‘stubborn child’ Fed ‘blew it’ by not cutting rates MORE. They’re wasting their time taking cheap shots at Biden, or anybody else.

Press is host of “The Bill Press Pod.” His Twitter handle is @BillPressPod. He is author of “From the Left: A Life in the Crossfire.”