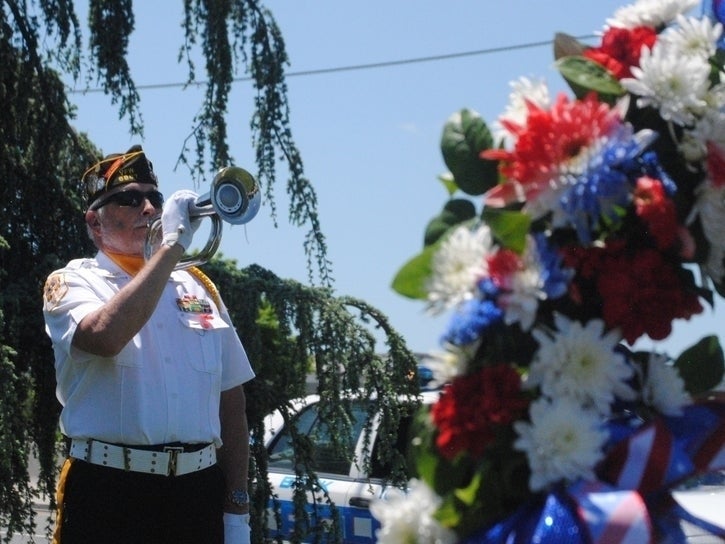 Usually New Jersey gets dissed for the oil refineries up north, or our in-your-face, no-holds-barred, speak-your-mind attitudes. Now, however, we’re getting dissed on our patriotism: A new survey has ranked New Jersey dead last out of all the states for how we feel about the U-S-of-A.

The state that produced astronaut Edwin “Buzz” Aldrin, retired Gen. Norman Schwarzkopf, Presidents Grover Cleveland and Richard Nixon, Frank Sinatra and Whitney Houston — whose performance of the national anthem at the 1991 Super Bowl still ranks as the best all-time — is the least patriotic in the country?

It is, according to the new WalletHub report, which ranked New Jersey last, right behind neighboring New York.

The personal finance website determined the most and least patriotic states based on 13 indicators of military and civic engagement. The ranking is based on figures from a range of sources, including the U.S. Census Bureau and the United States Elections Project.

The survey ranked the Garden State 45th on civic engagement. That category includes voting in the 2016 elections, volunteerism, AmeriCorps and Peace Corps volunteers, jury duty participation, residents who participate in groups or organizations, and civics education requirements. The state was 28th in jury participation, with a 70.70, and 43rd in volunteer hours, while coming in 48th on AmeriCorps participation.

So whether you participate in the reading of the Declaration of Independence on July 4 in Freehold, march in the Veterans Day and Memorial Day parades around the state, or belt out patriotic music at fireworks displays to celebrate the country’s birth, or have your flag out to proclaim your love of country, New Jersey’s patriotism has been called into question.

The state ranked most patriotic was New Hampshire, and our neighbor to the west, Pennsylvania, came in 40th. Here’s what Wallet Hub says are the top 10 most patriotic states.

We know New Jersey is a flag-waving, country-loving state, despite how Wallet Hub chose to define it.

What do you think makes someone patriotic? Tell us what you think in the comments.

Have a news tip? Email karen.wall@patch.com

Halloween ride gets terrifying after brawl breaks out over woman kicked...

Trump and Biden will have mics cut during opponent’s answers in...