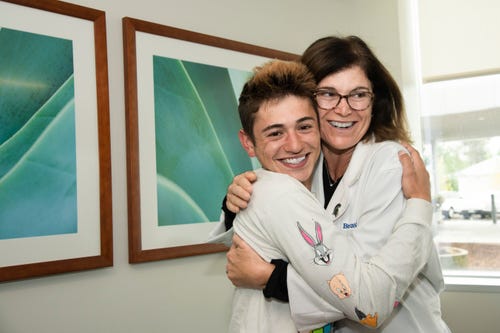 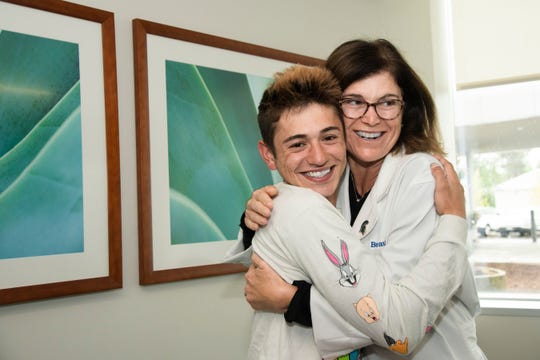 DETROIT — Michael Pruitt was working outside when he was electrocuted, resulting in the untimely death of the young man in suburban Detroit. But after 20 minutes, doctors had him back on this side of reality.

Pruitt, 20, had been working on a job outside in the western suburb of Livonia with his father on April 30 when a metal ladder he was carrying hit a live wire, electrocuting him.

“I remember being electrocuted while holding that ladder and shaking, and then nothing,” Pruitt said in a news release.

Livonia Fire and Rescue was on the scene after four minutes, and paramedics performed what they hoped would be lifesaving CPR and defibrillation.

But Pruitt died before they made it to the hospital. That didn’t deter anyone, though.

Once at Beaumont Hospital in Farmington Hills, doctors continued to shock Pruitt with defibrillation until his heart started beating again.

Because doctors increased the voltage they used with the defibrillators, Pruitt was revived after two minutes at the hospital.

Dr. Angel Chudler, who worked on Pruitt, recalled saying, “You better come back” to the man’s lifeless body.

And he did come back. Medical professionals on the scene said Pruitt woke up with full strength and it took a number of people to restrain and keep him from shaking himself out of his hospital bed.

Jillian Pruitt, Michael’s mother, said she was happy to have her son back and is even happier that he’s the same man he was before he died.

Typically, brain cells start to die after just five minutes, and registered nurse Barbara Smith said it was “miraculous” that Pruitt still has all of his brain function, including his sense of humor.

“I knew he’d be OK when Michael made a sarcastic gesture when I asked if he had any other superpowers,” Jillian Pruitt said. “My first-born had returned from the dead.”

The only scars Pruitt sustained were burns on his big toes where the electricity left his body. But he made a mark of his own to commemorate the experience.

Pruitt now has a tattoo sitting over his heart of “the sacred all-seeing eye of God inside a triangle surrounded by a Native American dream catcher” to remember that fateful day.