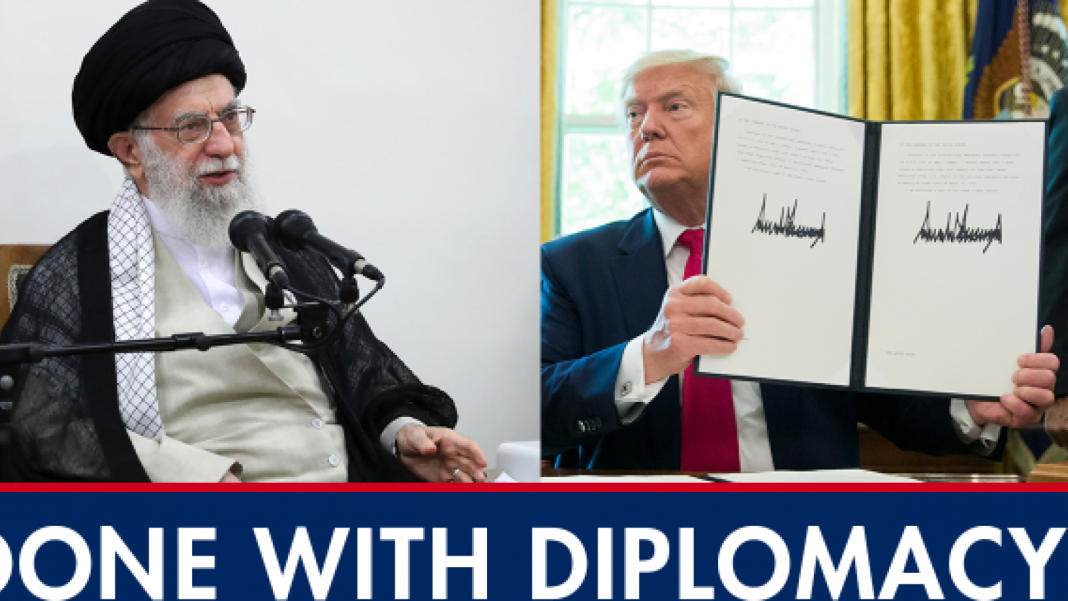 Good morning and welcome to Fox News First. Here’s what you need to know today …

Iran blasts new US sanctions, says channel for diplomacy is closed ‘forever’
A spokesman for Iran’s Foreign Ministry said in a tweet Tuesday that the new U.S. sanctions that target Supreme Leader Ayatollah Ali Khamenei and other officials close any channel for diplomacy between the two countries “forever.” President Trump signed an executive order Monday issuing “hard-hitting” financial sanctions against Supreme Leader Ayatollah Ali Khamenei and his associates. The U.S. and Iran have seen tensions increase exponentially in the past few weeks after an initial U.S. sanctions squeeze that Washington said led to the attacks on two oil tankers in the Strait of Hormuz. The situation became increasingly dire last week after Tehran admitted to downing a $100 million U.S. Navy drone. Trump said the sanctions “will deny the supreme leader and the supreme leader’s office and those closely affiliated with him and the office access to key financial resources and support.”

Trump wonders if Biden has a ‘big secret’
Ahead of the first Democratic primary presidential debates on Wednesday and Thursday, President Trump has renewed his attacks on Joe Biden, this time questioning why former President Barack Obama hasn’t endorsed his former vice president. In a new interview with the Hill, Trump wondered if there was a “big secret” as to why Obama has not backed Biden. “How he doesn’t get President Obama to endorse him, there has to be some reason why he’s not endorsing him,” Trump told The Hill. “He was the vice president. They seemed to have gotten along. President Obama not endorsing him is rather… a big secret.”

Report: White House moves to prevent Conway from testifying about alleged Hatch Act violations
The White House has reportedly moved to prevent counselor Kellyanne Counselor from testifying before Congress about allegations of violations of the Hatch Act, the Washington Post reported Monday. The House Oversight Committee, anticipating a lack of cooperation from Conway and the White House, plans to vote Wednesday on a subpoena to force her testimony. In an interview with “Fox & Friends” on Monday, Conway pushed back against a finding that she violated the Hatch Act and dismissed a recommendation that she be fired as an attempt to “silence” her and prevent her from working toward President Trump’s re-election.

Newly-released video footage show Jussie Smollett with rope around his neck
Chicago police released hundreds of files and nearly 70 hours of video footage on Monday from the investigation into Jussie Smollett’s claim back in January that he was attacked by two men — an allegation that police later characterized as a hoax. In one of the videos, police body-cam footage showed Smollett — with his face blurred — wearing a white rope that he told detectives his attackers looped around his neck. When one of the officers asked Smollett if he wanted to take the rope off of his neck, the 37-year-old actor did while stating: “Yeah. I do. I just wanted you all to see it.” The release of the footage,       marked the latest chapter in a story that began with Smollett’s allegations that he was the victim of a racist and homophobic attack. He eventually was arrested on charges that he lied to police, but prosecutors later dismissed the charges.

Missing mother’s family denies her case is a ‘Gone Girl’ disappearance
Family and friends of missing Connecticut mother of five Jennifer Dulos on Monday countered a claim from her estranged husband’s lawyer that the author was “deeply troubled,” and rejected any suggestions that she was faking her disappearance in a plot similar in the 2015 cinematic thriller “Gone Girl.” In a Fox News interview on Friday, lawyer Norm Pattis said his client, Fotis Dulos, was “emotional, tired, distraught” over the “exhausting ordeal” and disappearance of his estranged wife. He said Jennifer Dulos “had a troubled past,” describing her as a writer who “wrote a manuscript similar to ‘Gone Girl,'” a thriller that later became a hit Hollywood movie. In response, Carrie Luft, a spokeswoman for family and friends of the missing mother, said: “This is not fiction or a movie. This is real life, as experienced every single day by Jennifer’s five young children, her family, and her friends.”

In a preview of this week’s debates featuring the 2020 Democratic presidential candidates, Sean Hannity explains how the candidates are “ramping up their radicalism.”

CLICK HERE to find out what’s on Fox News today!

Fox News First is compiled by Fox News’ Bryan Robinson. Thank you for joining us! Enjoy your day! We’ll see you in your inbox first thing Wednesday morning.